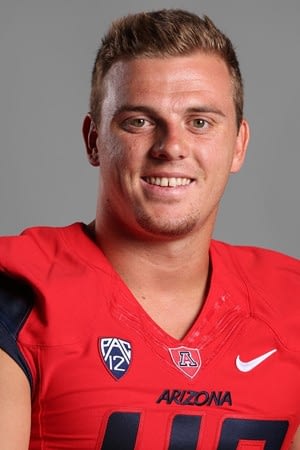 Jake Matthews, a senior linebacker from Ironwood Ridge, earned University of Arizona Student Athlete of the Month recognition for his work in the classroom for the month of September.

Matthews was named to the Pac-12 All-Academic second team in 2015. He played in all but two games in the last season, and started in eight. In high school, he was named the National Football Southern Arizona Chapter Scholar-Athlete. Matthews is a pre-neuroscience and cognitive science major and is on track to apply to medical school.

East Tennessee State offensive lineman Alex Rios (Sahuarita) was awarded the Offensive Player of the Game for his efforts in a win over Western Carolina. According to head coach Carl Torbush, Rios graded out at 83-percent, did not allow a pressure or sack, recorded two knockdowns and had zero missed assignments.

Rios was named first team All-ACCAC at Pima in 2015.