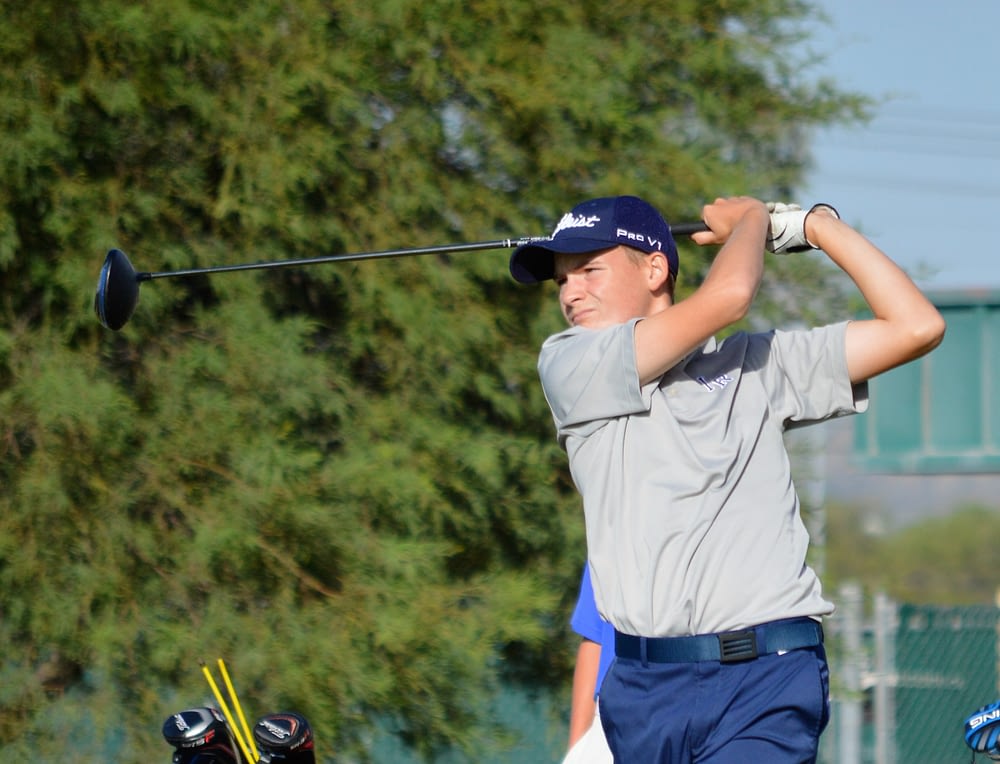 Ironwood Ridge standout Connor Wierman shot a hole-in-one on the fourth hole of the Canyon Course at Ventana Canyon on Wednesday during a tri-meet between Ironwood Ridge, Salpointe and Catalina Foothills.

Wierman shot a triple-bogey on the third hole to go 4-over but the hole-in-one on the Par 4 hole put him at 1-over. He would finish the round with a 3-over 39 to finish in a tie for fourth place with his teammate Nate Benjamin.

University of Arizona commit Gavin Cohen shot a 1-under 35 to win the meet. Catalina Foothills won the team battle with a score of 150, Ironwood Ridge scored 162 and Salpointe shot 165.

As the season winds down, Canyon del Oro is ranked third in Division II, Catalina Foothills is fourth, Salpointe is fifth and Ironwood Ridge is ranked 11th.

Salpointe’s Trevor Werbylo is the top-ranked D-II golfer in Arizona. Werbylo is also an Arizona commit.