Cienega High School last Friday night capped off only its second undefeated season in school history with a 43-28 win at Marana Mountain View.

But early in the regular-season finale, it looked as if Cienega had met its match, at last. At the end of the first quarter, Cienega was down 7-6 as the teams matched scores but Cienega missed its PAT.

In the second quarter, Mountain View drove deep into Cienega territory looking to go ahead two possessions as Cienega was having trouble stopping the talented duo of Caleb Ryden and Isaiah Lovett, both of whom finished with a combined 732 all-purpose yards. Just as it seemed Ryden would drive the offense down to take that two-possession lead, Cienega junior Rodney Rodgers jumped in front of a slant route inside the 10-yard line to halt an early upset with an interception, potentially saving Cienega’s undefeated season. 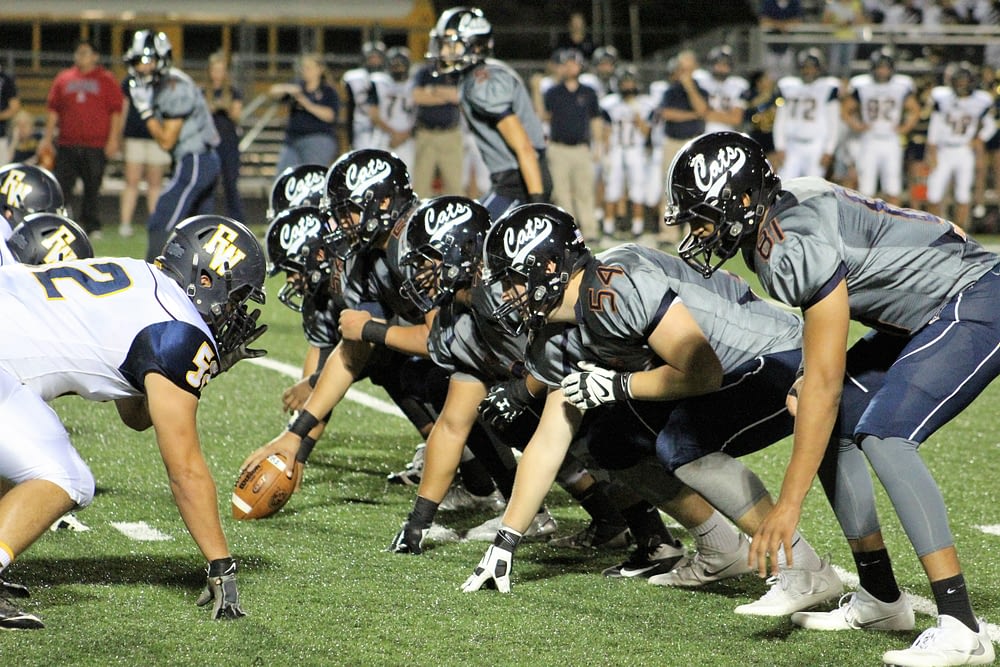 That was the first of three costly interceptions for the Mountain View quarterback, two of them to Bobcat underclassmen. The second interception was made by Terrell Hayward, who for just being a sophomore has a firm role in the Cienega offense and defense.

Hayward and Rodgers have a combined eight interceptions on the year as part of a solid Cienega secondary. The Bobcats’ talented underclassmen extends to junior Arizona Wildcats verbal commit Jamarye Joiner, who has just under 2,000 all-purpose yards as the quarterback.

Using underclassmen isn’t a rarity for the Bobcats, who consistently find youngsters to grind out excellent playing time. These underclassmen aren’t scared of the spotlight as described by Hayward, who got his first varsity action last season as the 4-6 Bobcats ended their year with a big overtime win against Salpointe. Hayward had an interception in that game that led to the game-winning field goal.

“It is big for me to be able to get the experience playing on varsity as a sophomore, but I try not to think about it too much,” said Hayward, who has helped Cienega to a No. 1 seed in the AIA state football championship playoffs. “I hold myself as like the upperclassmen. I go out on the field and be a playmaker for my team.”

With more than 3,000 all-purpose yards for Cienega underclassmen, out of about 7,200 possible yards, it shows how important the seniors are but also the significance of the underclassmen for this 10-0 squad.

Cienega starts its trek toward the long awaited and elusive state championship tonight against No. 16-seeded Betty H. Fairfax in the Copper Mine.

Fairfax has its own underclassman power in Antwan Craig, who has rushed for just under 750 yards on 74 carries, and Jalen Holmes, who has three interceptions.

“We look to keep it rolling through playoffs,” Hayward said. “We get better each day and stick with the game plan the coaches give us.” s

With a roster this year that has little playoff experience, the play makers will go with the script provided by the Cienega coaching staff. Now in the postseason after suffering through a losing record last season, Cienega wants to continue to make the impossible possible.