STAR OF THE NIGHT 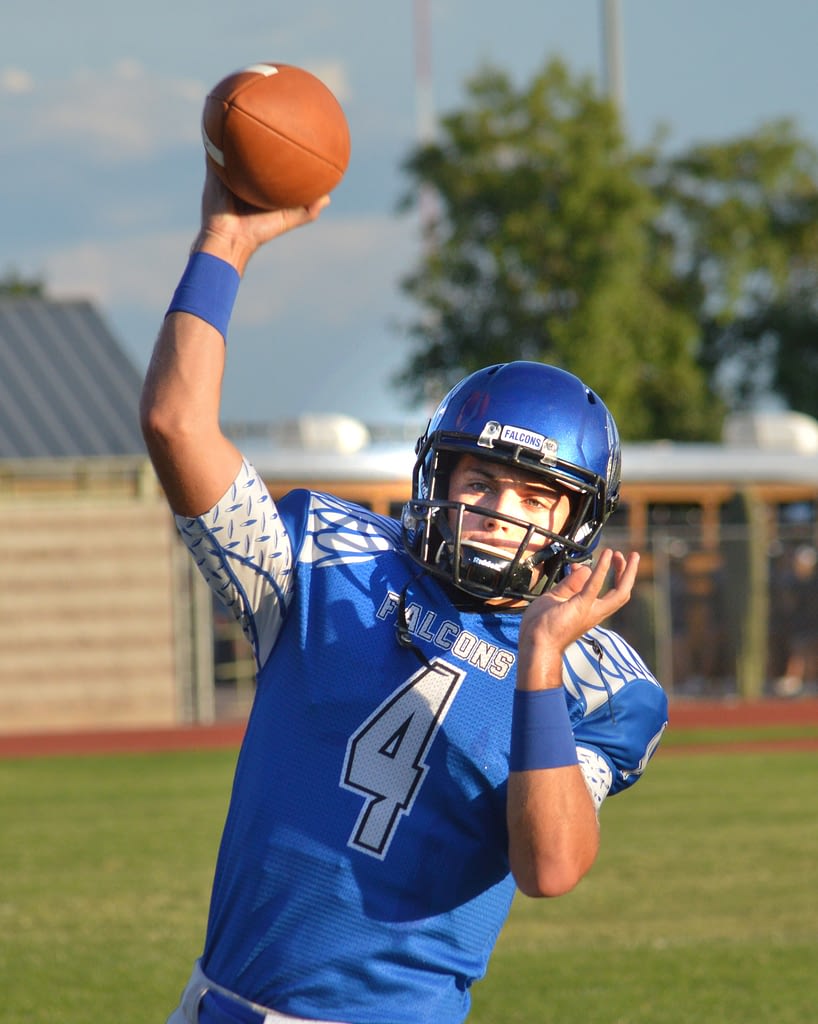 Rhett Rodriguez of Catalina Foothills threw three touchdowns to engineer a comeback and subsequent 35-31 victory over visiting Scottsdale Cactus Shadows Friday night in a Class 4A state playoff first round game. His third touchdown pass to receiver Bryan Beckon cut Cactus Shadows’ lead to 28-20. Rodriguez’s then threw a 71-yard strike to receiver Jimmy Stewart, which led to a 6-yard TD run by Derrick Murray. Rodriguez’s two-point conversion run tied the game at 28 with 1:22 left in the third quarter. After Cactus Shadows made a field goal with 6:40 left, Rodriguez engineered a game-winning scoring drive, capped by a 32-yard touchdown run by Murray to put Catalina Foothills up 35-31. An interception by Brandon Smith sealed the victory.

Rodriguez finished with 263 yards passing on 12 completions in 18 attempts. He rushed eight times for 66 yards.

— Marana’s Connor Leavens three threw touchdown passes and scored the game-winning touchdown with a run in the waning seconds of the Tigers’ 28-21 win over Kellis.

— Cienega’s Jamarye Joiner ran 32 yards for a touchdown to lead off the scoring against Fairfax. Joiner then completed a 22-yard TD pass to Terrell Hayward to put the Bobcats up 14-0. The Joiner-Hayward connection produced another touchdown, of 44 yards, giving the Bobcats a 21-0 lead.

— Tyler Hammons scored on a 1-yard run for the Bobcats.

— By halftime, Joiner had 127 yards passing and 61 rushing with three TD passes and one rushing TD and INT. Hayward had 115 yards receiving, two TDs and an interception.

— Cienega’s Thomas Webb Jr. scored on a 34-yard run in the fourth quarter.

— Ironwood Ridge’s Garrett Billings scored six receiving touchdowns for the Nighthawks to tie a state record in a playoff game.

— Rhett Rodriguez of Catalina Foothills threw two touchdowns in the first half, both to WR Bryan Beckon (10 yards and 62 yards).

— The Rodriguez-Beckon connection worked again for a 30-yard TD to cut Cactus Shadows’ lead to 28-20 in the third quarter. Rodriguez’s 71-yard pass to Jimmy Stewart led to a 6-yard scoring run by Derrick Murray. Rodriguez ran in the two-point conversion to tie the game at 28.

— Beckon finished with seven receptions for 178 yards and three touchdowns. In addition to the game-saving interception at the end, Brandon Smith had 10 tackles including a sack.

— Salpointe’s Cameron Scharf made a 36-yard field goal to put the Lancers ahead 3-0 over CDO. The Dorados answered with a 30-yard FG by Ramon Borbon.

— Borbon kicked a 23-yard FG to put the Dorados up 6-3 over Salpointe in the third quarter.

— Salpointe running back Mario Padilla rushed for a 25-yard score to give the Lancers a 10-6 lead in the third quarter. The Lancers’ lead was secured by an interception by Rodrigo Nieto.

— Connor Leavens had two TD passes for Marana in the first half against Kellis. He passed for another in the third quarter. Leavens scored the game-winning touchdown with 29.9 seconds left, putting Marana ahead 28-21 over Kellis.

— Tucson’s Joe Barajas made a 30-yard field goal and Jorge Flores scored on a 1-yard QB keeper to account for the Badgers’ scoring in the first half (they trailed 31-10 at halftime). D.J. Hinton scored on a 43-yard run in the third quarter for Tucson.

— The Badgers’ Brian Lopez scored on a 30-yard run in the fourth quarter.