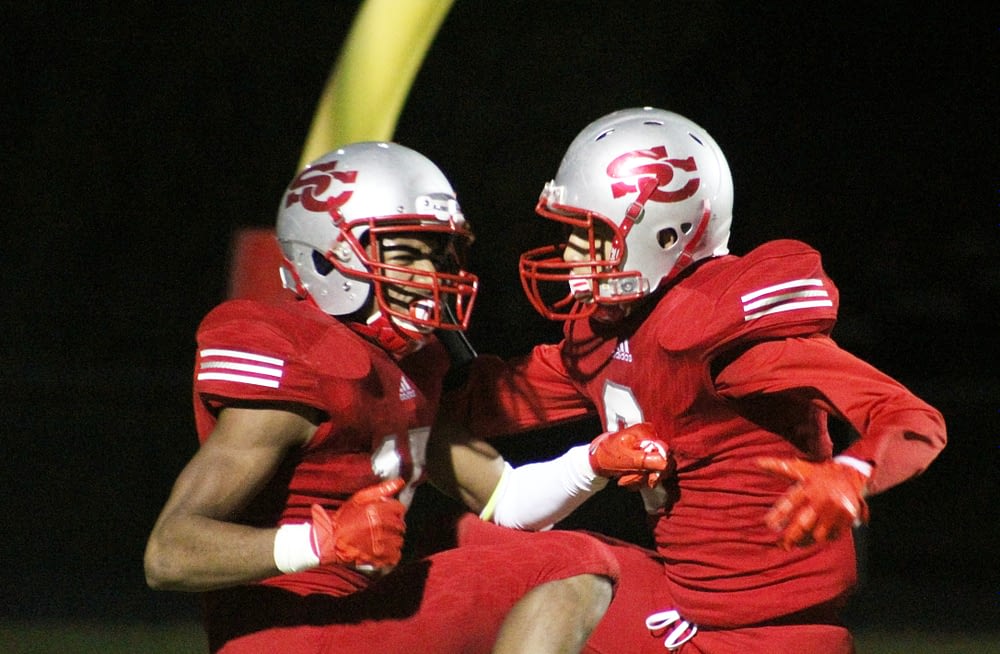 Well, the Dust Devils are now 11-0 and headed for the 2A semifinals for the first time since 1990 after defeating Scottsdale Christian 62-21 on Saturday night. Coincidentally, 1990 was the last of a string of seven state championships for the program that sent four players to the NFL in its heyday – not bad for a town with a population nearing 15,000.

Seeded second in the 2A playoffs, Santa Cruz will face No. 3 Thatcher (10-2) next Saturday for a shot at another state championship. The two teams haven’t faced each other since the semifinals of that faithful year of 1990 (The Dust Devils won 42-0)…..

A bit of revenge for Vern Friedli?

Marcos de Niza head coach Paul Moro passed legendary Amphitheater coach Vern Friedli on the career win list this year. Friedli finished his career with 331 wins and Moro is sitting at 334. One of Friedli’s star players during the Panther power-days was Jon Volpe.

Volpe’s son, Trevor, is now a senior at Salpointe. Trevor was called upon in the final moments of the Lancer’s 48-6 win over Marcos de Niza Thursday night and he carried the ball three times and gained 11 yards with the crowd getting more boisterous after each carry.

It is said that Moro and Friedli never met on the field as coaches but the two met that night through the magic of the next generation. Advantage, Friedli.

If CDO is the MLB factory then Santa Cruz was the NFL machine:

The Scottsdale Saguaro Sabercats have played for s state title in five different divisions and have won in three of those. Still, people complain about the conference or division placement the Sabercats are playing in. With 120 D-I athletes on the team (sarcasm), can anyone beat them this year?

Salpointe legend Dennis Bene devised a masterful defense against Naz Greer and Marcos de Niza last week. If a coach can do it, it would have to be him.

Three of Jeff Scurran’s 295 wins came in a state championship game, still, Scurran lists his win over Sunrise Mountain as one of his most memorable – and for good reason. Not only did it send the Falcons to their first-ever semifinal game, the team was down 49-38 with about seven minutes left. Then came University of Arizona QB commit Rhett Rodriguez….. two TDs in the final moments.