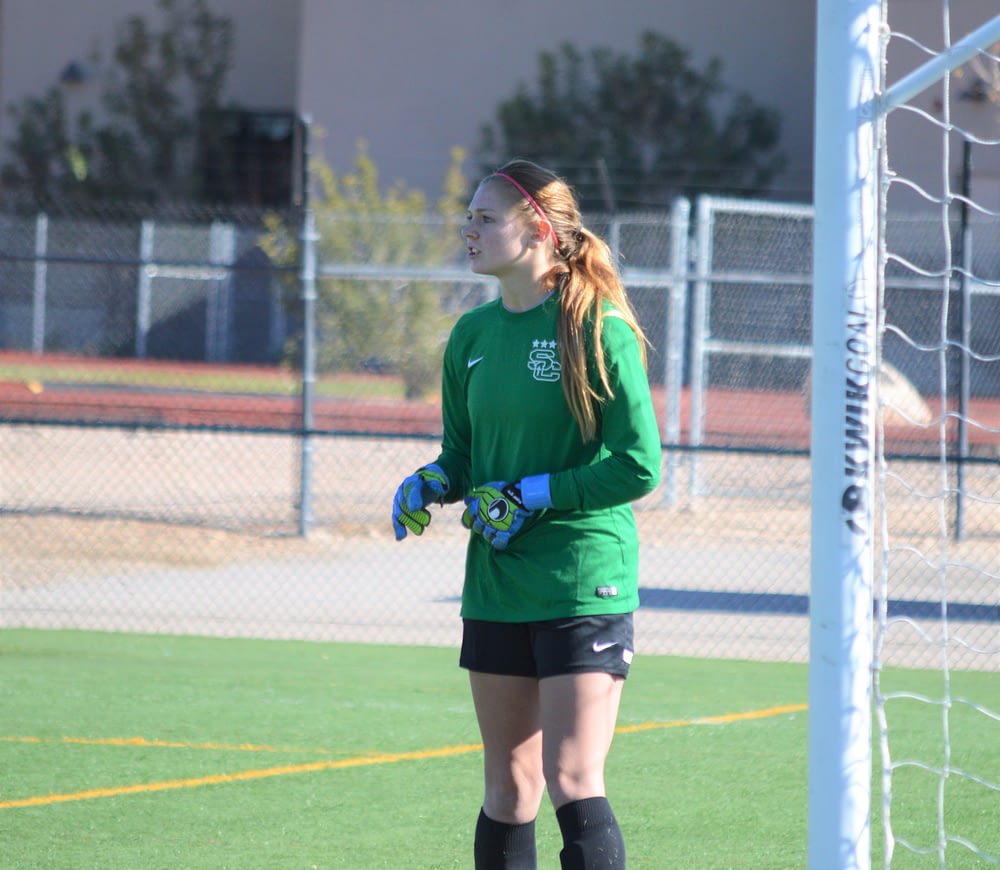 The semifinals and championships of the Brandon Bean Invitational were held Saturday, Dec. 3 at Salpointe Catholic.

The Salpointe girls (5-0-1) defeated Tucson (2-1-1) in the semifinal round on Saturday afternoon to advance to the championship match against Rincon/University (3-2-1). The Lancers defeated the Badgers 3-1 in PKs after both squads played to a 0-0 tie in regulation.

Rincon/UHS defeated Sahuaro 2-1 in the morning semifinal. The Cougars are now 3-1-1 on the season.

“This was exciting because it’s been a while since we won back-to-back,” head coach Becky Freeman said. “Both teams played tough and Maddie (Hargis) was huge for us today, helping us win two games in PKs.”

Hargis made a point-blank save from six yards out in the final three minutes of regulation to help send the match to kicks from the mark. Salpointe had an open-goal opportunity in the 33rd minute but could not connect.

Freshman Sydney Lenhart, junior Isabella Almazon and sophomore Kate Connelly scored for the Lancers in the PK round while sophomore goalie Genny Standifer put one in for the Rangers.

On the boy’s side, Tucson (6-0) beat Catalina Foothills 1-0 in the semifinal round to advance to final against Cienega (4-1-1). The Falcons are now 2-1-2 on the year. The Bobcats defeated Salpointe 2-0 in the other semifinal match. The Lancers are 4-1 heading into the regular season.

Tucson beat Cienega 1-0 in the championship match thanks to a cross-pass from senior forward Luis Mejia to sophomore midfielder Javier Martinez in the 51st minute.

Mejia is one of eight seniors on the Badger’s roster this year but that does not come close to the 16 that graduated last year with a 22-1-1 record and a Division II quarterfinal appearance. It was the same group of players that won a state championship in 2014.

“We have a brand-new team but we knew at tryouts we were going to be competitive,” head coach Ismael Arce explained. “We lost 16 seniors but we are still competing. Those guys left a legacy of winning that has carried forward to these guys.”