Playing on back-to-back nights in San Antonio, the Roadrunners won the first game 5-4 in OT and lost the second 4-2. For Justin Peters started for the Roadrunners in game one and Marek Langhamer was between the pipes for game two. The games were also the first meetings in franchise history between the two teams and recent roster moves saw Adin Hill sent down to Rapid City. 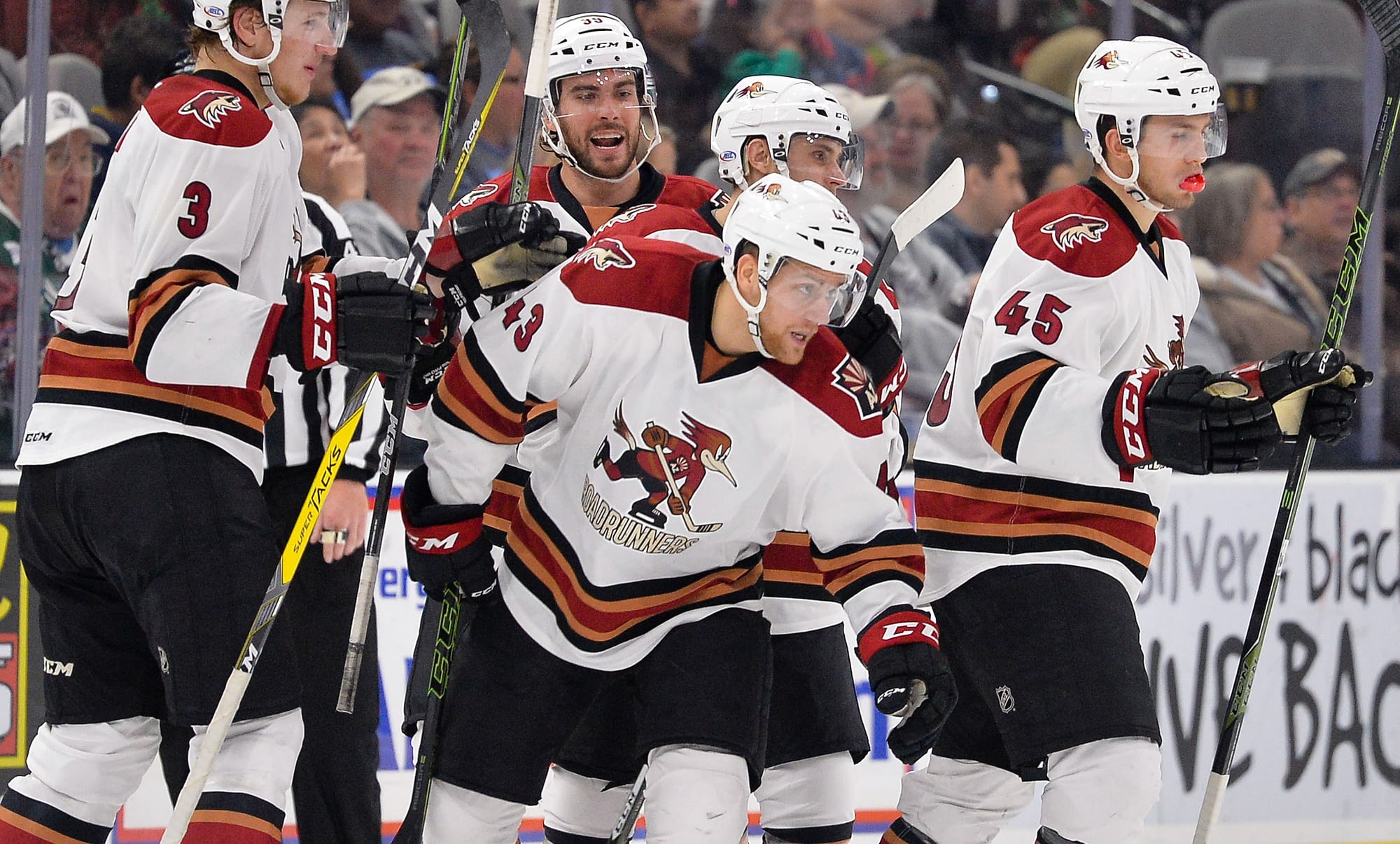 Friday night was the third straight Roadrunners game that went to overtime, and saw 19-year-old right wing Christian Fischer score his first career professional hat trick. Down 1-0, Kyle Wood opened the scoring for Tucson, skating the puck up from the defensive zone for his sixth of the season.

Ten minutes into the second period, Dakota Mermis tied the game off of a pass from Trevor Cheek and Hunter Fejes.

The Rampage’s Gary Nunn scored three minutes after Mermis, closing out the scoring in the second period. In the third period, Christian Fischer scored his second of the game, sending it to overtime.

After that, Fischer scored again ending the game just 19 seconds into OT.

Feeding off of the momentum from their overtime win the night before, Garret Ross and the Roadrunners opened the game’s scoring just 48 seconds in.

After Ross’ goal San Antonio scored four straight goals making the score 4-1 late in the third period. Christian Fischer was able to make the score more respectable, scoring his fourth goal of the weekend with just 49 seconds left in the game

Christian Fischer makes it 4-2 with less than a minute left.
Source: tucsonroadrunners.com

Look for the Roadrunners to head into the AHL’s Christmas break with a pair of wins against the Bakersfield Condors at home this Tuesday and Wednesday.