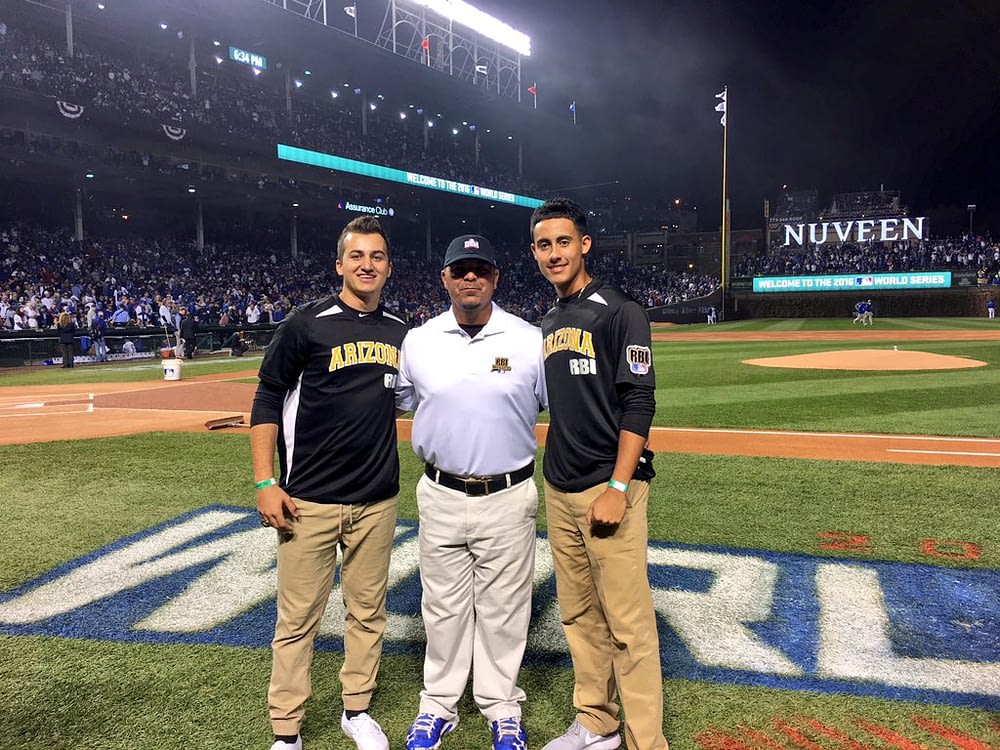 Michael Santorelli (at left) was on the field during Game 4of the World Series. (Courtesy Photo)

He finished the series batting .353 (6-17) with a double, triple and seven RBIs including a game-winning RBI-single in the top of the sixth inning to give Arizona a 3-2 lead over Passaic, New Jersey.

His game-winning hit can be seen here.

“I think it was a great choice for me to go to Pima because the coaching staff is great they turn around so many players that were average to move them on to DI schools,” Santorelli explained.

“I chose it because I could stay home play ball in front of my family and the team is awesome. I love the guys that are there and that are committed to play there as well. I’m excited to be an Aztec.”

Santorelli was on Wrigley Field for Game 4 of the World Series during batting practice along with his coach and the other MVP of the RBI World Series.

“I got to meet so many players and ex-players including A Rod, Ken Griffey Jr., Curtis Granderson and Mariano Rivera,” Santorelli added.

“MLB paid for it all because my team won the World Series and they took two players and a coach. I was one of the players because I got the game-winning hit to bring in the go ahead run that won the game.”