The Arizona Wildcats’ 73-60 victory over ASU in Tempe today assured them of at least a No. 2 seed in next week’s anticipated Pac-12 tournament at the T-Mobile Arena in Las Vegas.

What that means is the Wildcats will play on Thursday at 7 p.m. Tucson time against the winner of the No. 7 (most likely Colorado) vs. the No. 10 team (probably Washington State) in the quarterfinals of the conference tournament.

Oregon defeated Oregon State 80-59 to secure the No. 1 seed. 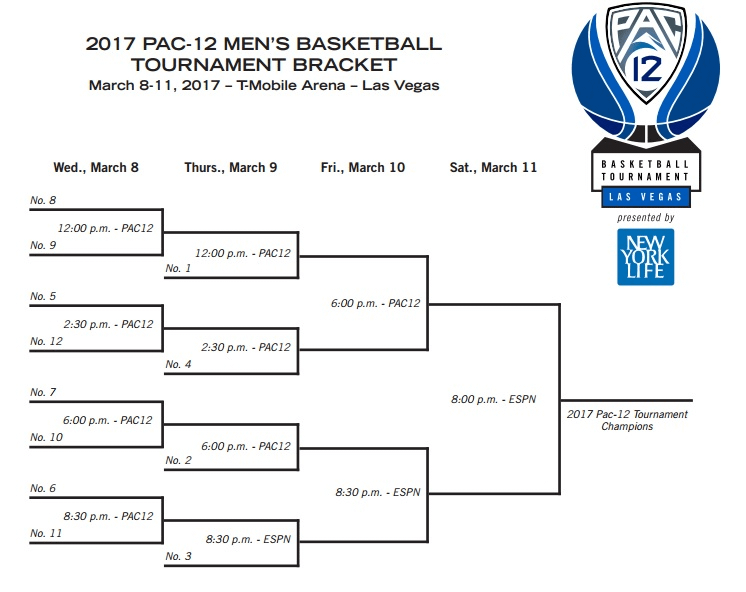 Here’s a look at the potential matchups:

No. 1 Oregon vs. ASU-Stanford winner

No. 2 Arizona vs. Colorado-Washington State winner

No. 3 UCLA vs. USC-Washington winner

No. 4 Utah vs. Cal-Oregon State winner

If Arizona and UCLA win Thursday night, they will face each other in a rubber match Friday night at 8:30 p.m. Oregon will likely play Utah or Cal in the other semifinal.

The championship game Saturday should include two Final Four-caliber teams if Arizona, Oregon and UCLA are in the mix.