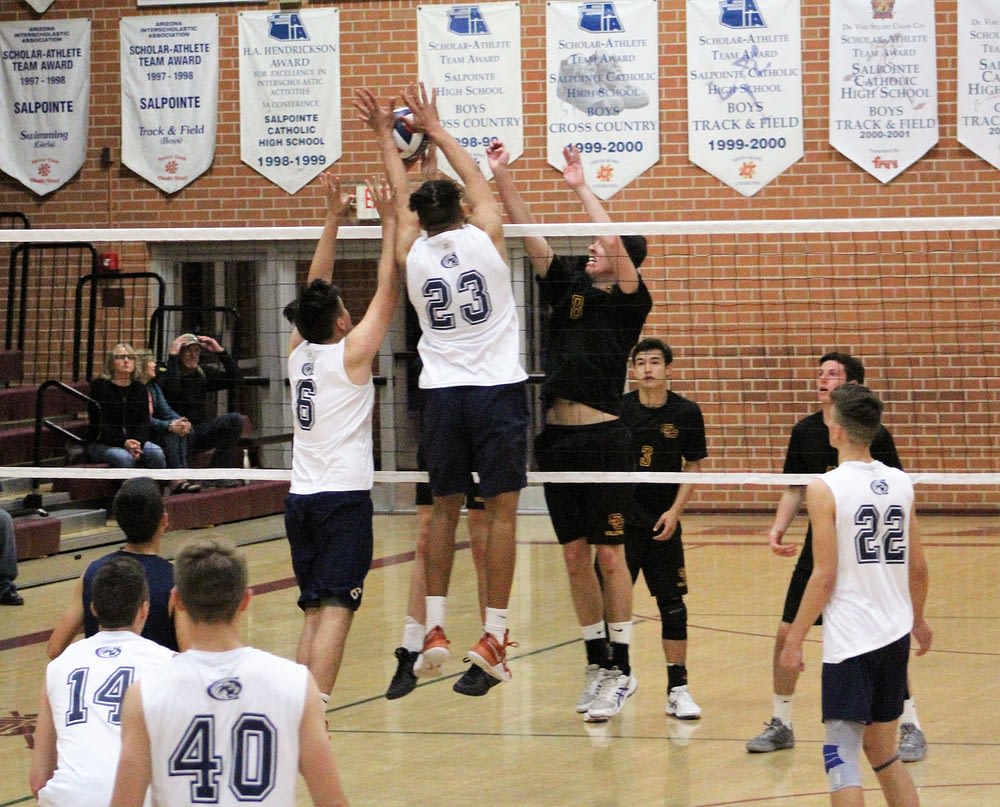 Someone threw a party and all Cienega needed was a piñata and a few balloons. As head coach Heather Mott explained, “Winning is fun.”

Cienega (6-3) swept Salpointe (1-1) Monday night and it seemed like every point, every dig and every ace was met with streamers and confetti. The bench, the fans and even the junior varsity squad was invited…..

The Lancers had plenty to celebrate early on. Expect the program to be strong by the end of the year. (Andy Morales/AllSportsTucson.com)