LAS VEGAS — Arizona sure has seen Colorado a lot in the postseason since the Buffaloes joined the Pac-12 in 2011-12.

Colorado will have faced Arizona five out of its six years in the Pac-12 tournament when they play the Wildcats in Thursday’s quarterfinal game at 7 p.m. at the T-Mobile Arena.

“It’s a great challenge,” Colorado coach Tad Boyle said after Colorado defeated Washington State 73-63 in a first round game Wednesday night. “I think it’s five out of our six years in this tournament we’re facing Arizona. So I talked about that with Sean (Miller) a couple weeks ago, and here we are again. 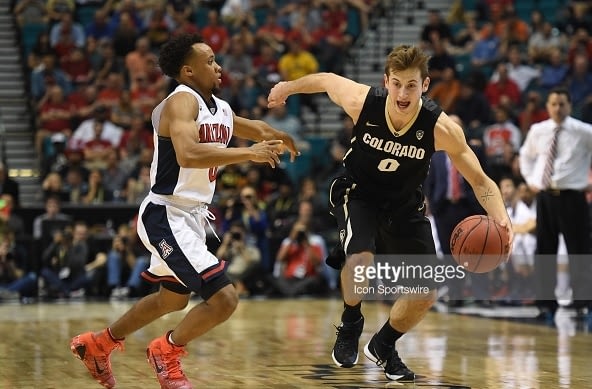 If the Wildcats beat Colorado and UCLA advances past the winner of Washington-USC, they would also play the Bruins in the tournament in five out of the last six years.

Arizona is 3-1 against Colorado in this span and 2-2 against UCLA.

Colorado’s George King said the fact the Buffaloes are playing Arizona once again in the postseason has no impact on his team’s motivation to beat the Wildcats.

That’s a departure from when Colorado’s players in the past talked as though a rivalry was forming between the programs. Whether King was being honest about his team’s emotions might be up for debate.

“We’re going to be just as excited.”

Miller is 10-4 against Colorado since his hire at Arizona in 2009-10, including wins in eight of the last nine matchups.

ARIZONA IN PAC-12 TOURNEY SINCE COLORADO JOINED THE CONFERENCE