LAS VEGAS – Who better than Xavier Johnson to know Colorado has a chance against Arizona on Thursday night?

He’s seen enough crazy games – wins and losses – between the two teams to last a lifetime. And XJ, possibly Colorado’s x-factor, was just a freshman back in 2012-2013 when Sabatino Chen hit an apparent buzzer beater in McKale Center to knock off the Cats … But after a long review – in a call Sean Miller said “could have gone either way” – the shot was waived off. Arizona went on to win 92-83. 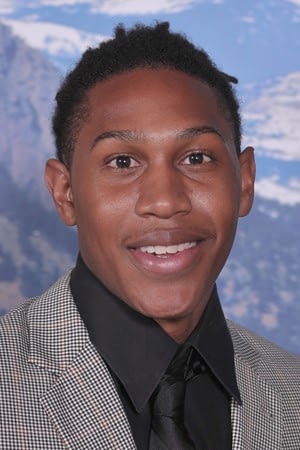 “That was definitely a heartbreaker,” said Johnson, who had 19 points in Colorado’s comeback win vs. Washington State on Wednesday to advance to play Arizona on Thursday here at T-Mobile Arena. “It’s all good. It doesn’t matter. It’s in the past. We’re looking forward to tomorrow.”

Colorado has since gone 1-6 vs. Arizona and XJ has seen them all. He sat out last season with an Achilles tendon injury.

He’ll be a big reason why if Colorado is able to pull it off. In Colorado’s one-and-only meeting with Arizona this season, Johnson was nearly unstoppable, getting 26 points and grabbing six rebounds.

But he admitted if Colorado plays like it did Wednesday night – breaking down in the first half only to come back in the second – it won’t win. Colorado did something similar against Arizona earlier this year, jumping out to a 10-1 lead only to collapse then make a furious comeback late. Arizona eventually won 82-73.

“We know what we are capable of doing, we just have to buckle down,” Johnson said.

It’s easier said than done. Colorado has gone through plenty of ups and downs all season, playing well one moment and poorly the next.

“We did it against UCLA, Arizona and Oregon but against them you can’t have one good half and one bad half,” he said. “We know tomorrow that if we don’t put two halves together we will be sent home early.”

Colorado coach Tad Boyle said that he and Arizona coach Sean Miller joked recently that there could be the case they’d face one another in the Pac-12 tournament for the fifth time in six years. And here we are. Arizona has won all but one.

“(If) we play the first half like we did tonight, Arizona is probably not going to let us back in the game,” Boyle said. “Instead of a 14-point (halftime deficit) it might be a 24-point game at halftime. The one thing we know about Arizona is that they are very efficient. They don’t beat themselves. You have to go beat Arizona.”