LAS VEGAS – In a game of highlights for Arizona, it’s hard to figure out or single out who was the star.

Was it Lauri Markkanen, who broke out of a slump to hit 5 of 9 shots, including 4 of 7 from beyond the 3-point line? 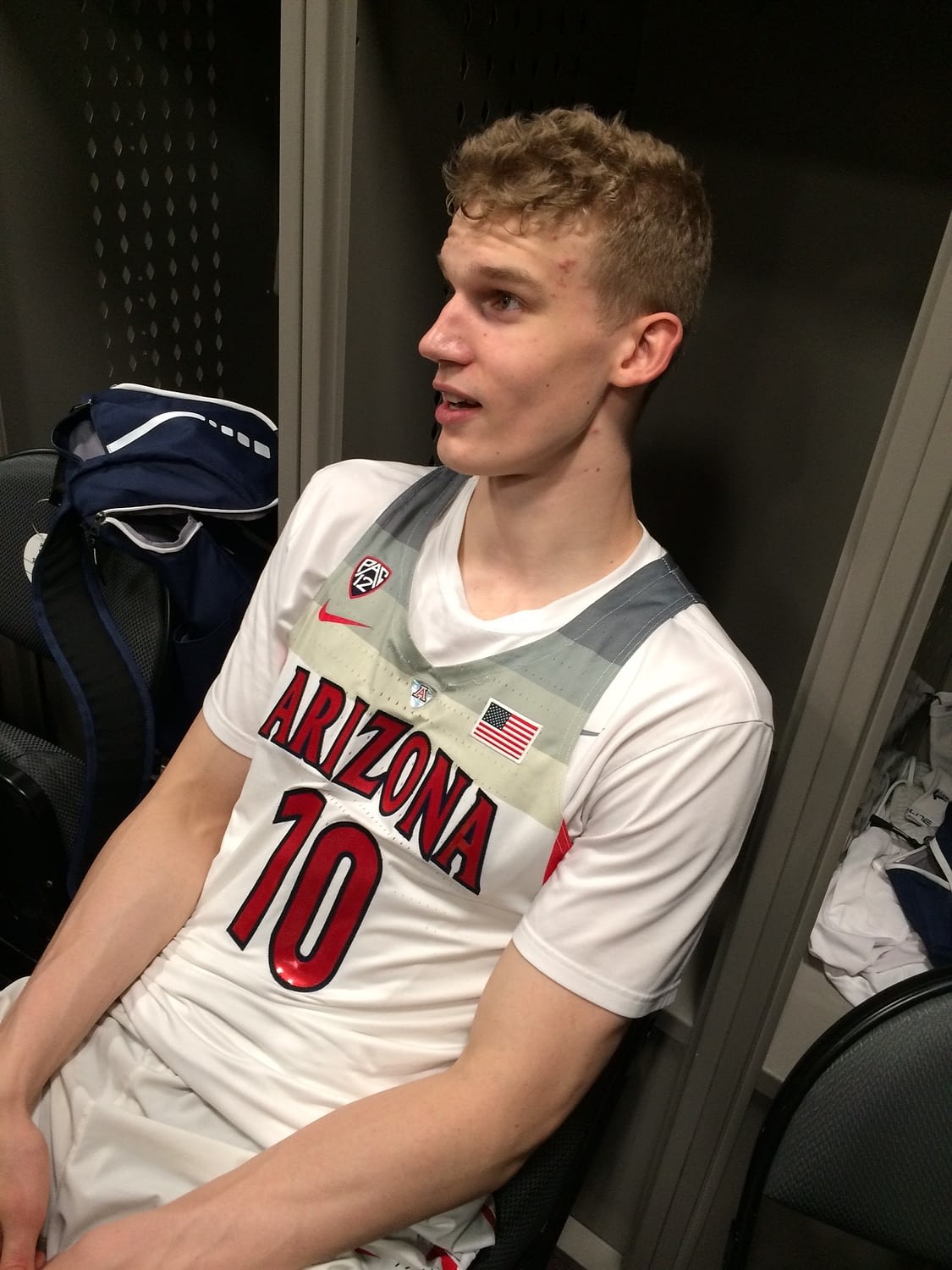 Lauri Markkanen talks about his game and his so-called slump.

How about Dusan Ristic, who had 15 points and a team-high eight rebounds?

It could have been everyone. Maybe it was everyone.

More importantly, the 92-78 win over Colorado gives Arizona another day of play here at the Pac-12 Tournament. It scored 54 points in the second half, setting a school record for points in a second half for a Pac-12 game.

“It was one of our great offensive nights,” Kadeem Allen said. “We’ve had a lot of good nights but tonight was a night everybody was hitting and Lauri got back to hitting threes. We need that from a player like him to spread the defense out. He came out big time.”

Arizona will face UCLA on Friday night in what should be an epic battle.

“I’d like to play UCLA,” Allen said, when asked about who he’d like to play after saying it really didn’t matter. “They are a good team and they beat us at home. They are one of the best teams in college basketball.”

First, here’s what stood out on Thursday night in Arizona’s big win vs. Colorado.

If you haven’t fallen in love with how Rawle Alkins plays so far this season it’s likely you haven’t paid attention. In the second half, he was Arizona’s star, scoring 15 points in hitting 5 of 7 shots.

“I was just taking what the defense was giving me,” Alkins said. “I don’t’ really force the issue too much in a game. I know my limits. In the second half things opened up for me. Guys found me and I hit the open shots.”

In his 16 second-half minutes, Alkins could have easily been UA’s MVP. Sean Miller said Alkins may have been the reason why UA won. At least he was “a big reason” because he “broke the game open” with his play.

So when he says he doesn’t really force the issue, he’s not telling you the truth. He does. And Thursday he got to the basket and was the instigator on a lot of Arizona’s successful aggressive plays.

“I saw the lane … I attack the rim and I make the open shots,” he said. “I create for others. I try to be the all-around player.”

Here’s the kicker: He said that when the season started, “I really didn’t know how to play college basketball. I would tend to force the issue. I attacked when I shouldn’t. Now, I’m letting the game come to me and it’s beginning to be a lot easier.”

As he said, he’s “comfortable now.”

In fact, he started to feel that way since early December after UA faced Gonzaga.

“I started to feel like myself again,” he said.

It’s been said Arizona is as good as Markkanen makes it. Well, he sure looked good on Thursday. He hit shots and was aggressive near the basket.

It became apparent he had to be when he started to slump about a month ago. His 3-point shot was falling and nothing seemed right. So, Miller had him play closer to the basket to gain confidence. It worked for a bit but then the slump returned. Since early February, he has gone 32 for 86 from the floor and 5 of 31 from beyond the 3-point line.

That may have been the night’s most often asked question: was he in a slump?

“It really never left me,” he said of his shot. “I was making it in practice so I knew I had the ability. I kept shooting with confidence and knew that eventually it would go in.”

He did, however, admit to his confidence had taken a hit.

Kadeem Allen he saw that Markkanen had lost some confidence at some point but wasn’t sure when.

“He shut down a little bit,” Allen said, “but as teammates we kept him sane and kept patting him on the back. On his own he’s been getting in the gym and getting up a lot of shots. It showed.”

Said Parker Jackson-Cartwright: “He’s a good shooter. He has been a 40-percent shooter all year. A couple of bad games doesn’t define who he is as a shooter. We knew it and it is only going to take one three to really get clicking again in a game. That’s what happened tonight.”

Let’s see: Dusan Ristic hit 7 of 8 shots and finished with 15 points. Parker Jackson-Cartwright had seven assists and no turnovers in 30 minutes. And Keanu Pinder had four rebounds and two blocked shots in 15 minutes.

Arizona needed everything to get by Colorado.

“(Teammates) really found me in almost every situation (to score),” Ristic said. “All the credit goes to them. I just did what I was supposed to do.”

As for Pinder, who has gone underrated all season playing behind some of college basketball’s best players, he shined when he needed to, grabbing a key rebound here and there.

“That’s my role right now and I’m embracing it,” said Pinder. “I just try to help them out.”

He said he feels pretty comfortable being the guy who comes in for a few minutes and does the dirty work.

“My role is increasing and I’m pretty happy with that,” he said.