Nick Foles will be a backup to Philadelphia’s quarterback of the future — Carson Wentz — but he will be an $11 million reserve.

Not a bad consolation for the Arizona Wildcats’ most prolific quarterback in the program’s history who once led the Eagles to the playoffs in his second year in the NFL in 2013.

On Monday morning, the Eagles announced that they reached a two-year deal to bring Foles back to Philadelphia. According to NFL Network, the deal is worth $11 million over two years, with $7 million guaranteed.

Foles, 28, was a third-round pick in 2012 and went on to have a memorable second season. In 2013, under new head coach Chip Kelly, Foles threw 27 touchdown passes and just two interceptions after taking over for an injured Mike Vick.

In 2014, he threw 13 touchdowns and 10 interceptions in eight games. In the ensuing offseason, Kelly dealt Foles to St. Louis as a part of the Sam Bradford trade.

He tossed seven touchdowns in one game! SEVEN. https://t.co/1KGDmWINZH

Foles had one underwhelming season with the Rams before latching on to the Chiefs last year.

During Foles’ rookie season in 2012, the Eagles’ quarterbacks coach was Doug Pederson, who will now be his head coach in Philly. 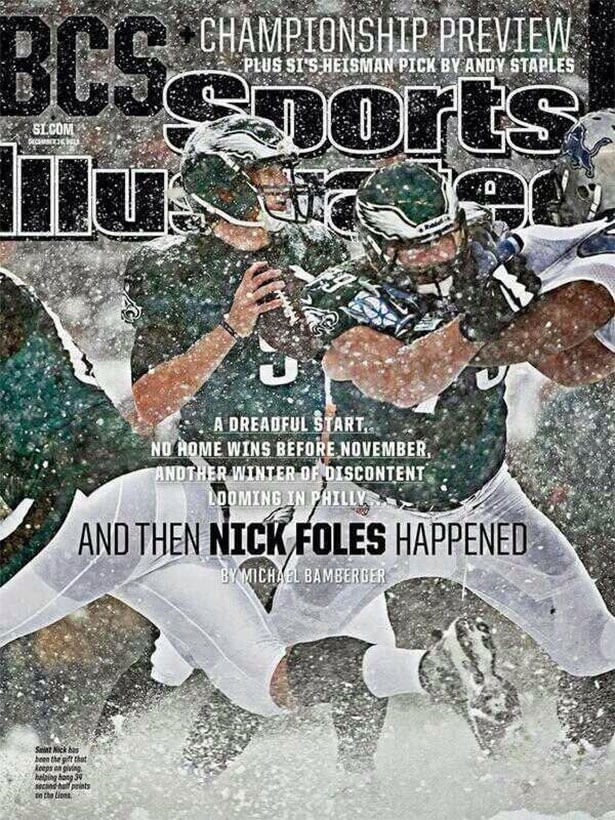