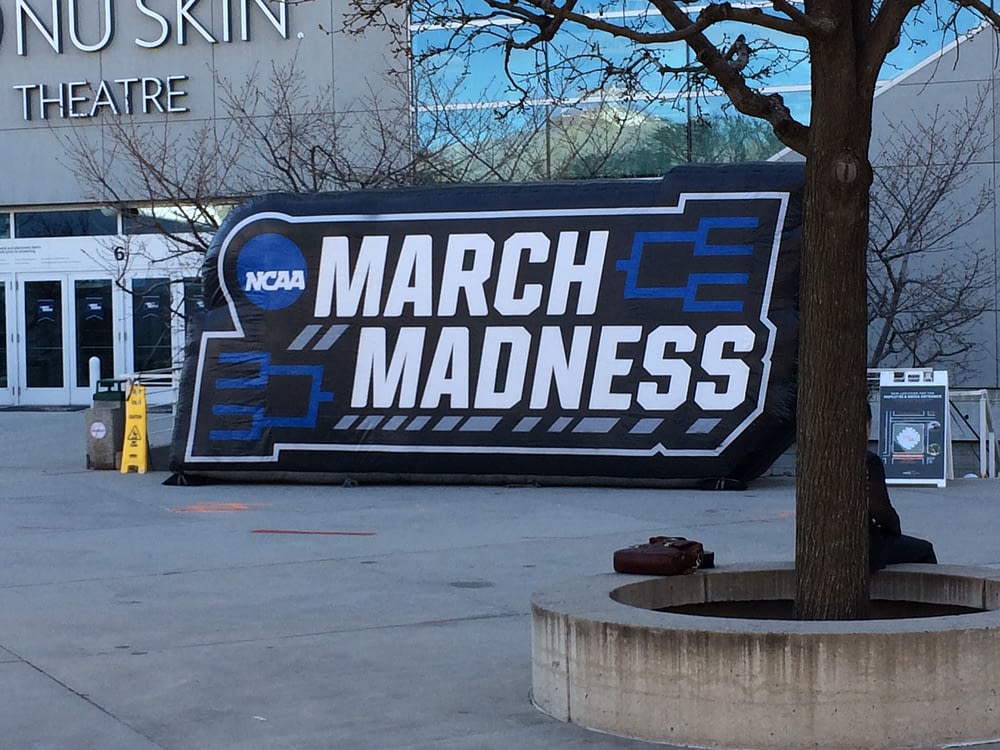 The madness is ready to begin.

Arizona survived its defensive lapses and a second-half run by North Dakota, scoring a season-high in points and pulling away for a 100-82 win in the first round of the NCAA West Regional in Salt Lake City, Utah.

Lauri Markkanen and Rawle Alkins each scored 20 points, with Alkins making 8-of-8 shots from the field, including two from 3-point range. Allonzo Trier put in 18. Dusan Ristic had 12. Kadeem Allen scored 10.

Alkins has had five assists, four rebounds and no turnovers.

The 15th-seeded Fighting Hawks cut a second-half 15-point deficit to 68-61, hitting nine of 10 shots in one stretch. But an Allen three-point play kick-started a 10-0 run, and the deeper Wildcats were able to control most of the final 10 minutes.

It also helped that they made 24 of 28 free throws, including their final 16 attempts.

Arizona shot 58.1 percent from the field (36 of 62), the sixth time in the past seven games it has made at least half of its shots.

For Arizona, it’s on to No. 7 Santa Clara in the second round. That game will begin at about 4:45 p.m. Tucson time on Saturday, on CBS.

Check back later for more coverage from AllSportsTucson.com …

You can follow along here with tweets from AllSportsTucson.com (and others) and check out further in-game commentary below…

Until last week, Arizona hadn’t scored 80-plus points in three consecutive games all season. The streak is up to four. And there is still more than seven minutes to play tonight.

Arizona now leads 78-61, thanks to a current 10-0 run. Kadeem Allen’s three-point play (see below) started the run, and he also has added two free throws and a fastbreak steal and layup.

Kadeem Allen uses his strength to muscle up a layup in an and-one situation to push the lead to 71-61. Comes at a big moment to stop North Dakota momentum. Arizona should be the fresher team down the stretch, too.

The Fighting Hawks have made nine of their past 10 shots and trail only 68-61.

North Dakota is a scrappy, persistent bunch, and the Fighting Hawks cut the lead to 66-57 before Lauri Markkanen answered with a bucket. But UND comes back right back. Arizona in a battle here with 12:25 to go, up 68-59.

Using my Sean Miller voice: “You can’t pick and choose when you want to defend.”

Lauri has been playing like a man possessed. If he keeps playing the way he is there's no way Arizona shouldn't make it to the final four

Honestly, everybody is eating. This team is too deep. Have so many options

Arizona shoots 61.1 percent in the first half and leads 53-37 over North Dakota at the break. Lauri Markkanen has 16 points, Rawle Alkins has nine and Allonzo Trier has eight.

Sean Miller, true to his self, is focused on his team’s defensive lapses, so it won’t necessarily be a milk-and-cookies kind of halftime for the Cats.

Remind me. What happens when a height-challenged, small-conference team wants to run against Arizona?

Lauri Markkanen scored 10 consecutive points for Arizona, which is rolling offensively. The freshman has 16 first-half points with six minutes to go before the break. He’s doing his work in the paint against the small Fighting Hawks.

Here’s a stat that has gone under the radar: Arizona has shot at least 50 percent in five of the past six games.

Kobi Simmons dunks soon after entering the game. That is one thing for Arizona to check off its list tonight — get the freshman rolling and confident again.

The game is starting to take shape as Arizona is asserting itself on defense while having too much size on offense. PJC playing great again with a fast-break layup to put the Wildcats up 24-13.

Parker Jackson-Cartwright makes his first 3-point attempt, so now he’s made 23 of his past 35. Wow.

Lots of early energy from the Fighting Hawks, who lead 10-9 at the first TV timeout with 15:05 to go in the first half. They like to run and then will look for spot-up 3-pointers in transition, not unlike UCLA. The Wildcats are counter-punching by going inside to their superior size. That is a more reliable option for 40 minutes.

The Wildcats, seeded second in the West, will play No. 7 Saint Mary’s, which defeated 10th-seeded VCU 85-77 in Salt Lake City on Thursday night.

The Gaels (29-4) typically play sticky man-to-man defense and run a ton of deliberate pick-and-roll offense. Entering the tournament, they played at the nation’s second-slowest tempo according to kenpom.com, and they were second in the nation in scoring defense, allowing 56.5 points per game.

Saint Mary’s center Jock Landale had 18 points and 13 rebounds in the win over VCU.

Three of Saint Mary’s losses this season came to West Coast Conference foe Gonzaga, the No. 1 seed in the West.

According to kenpom.com, Saint Mary’s is the 15th-most efficient team offensively, 26th-best in defensive efficiency.

Is Kadeem Allen an NBA player? I’m not sure he’ll be drafted, but I can see him carving out a role as a hard-playing guy with a great attitude who can contribute more offense than what he has shown at at Arizona.

Kadeem Allen shooting a career high 40.8% from 3 on 3.1 attempts per 40. Jumper key, projects as a 3 & D style off guard. pic.twitter.com/fyzbdMAUqJ

This will be the spot for updating coverage, thoughts, tweets, etc., from Arizona’s first-round game against No. 15 seed North Dakota.

Here are a couple of UA-related stats that are worth watching/updating throughout the game, including these numbers from Allonzo Trier in the past seven games:

Also, point guard Parker Jackson-Cartwright has a 23-4 assist-to-turnover ratio in the past six games and has drilled 22 of his past 34 3-point attempts.

Here are a couple of news items you might have missed:

* Ex-Cat Kaleb Tarczewski is headed to play in Italy

* Sean Miller NOT a Naismith Coach of the Year finalist