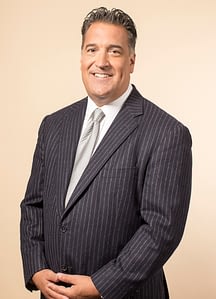 Xavier was ranked No. 7 in the AP preseason poll, the Musketeers poised to unleash waves of talented guards at opponents.

The Xavier team that will play Arizona in a Sweet 16 game in the West Region on Thursday is not that team.

Much has been made about the second-seeded Wildcats overcoming adversity — and they have — but the 11th-seeded Musketeers have a similar story. Their “waves” of guards was reduced to a “wave” of guards.

They lost guard Edmond Sumner to a season-ending knee injury in late January. That came soon after guard Myles Davis left the team after a brief return from a 15-game season-opening suspension.

“They’re as compelling a story as there is among the 16 teams still in play, because of the hardship, because of the adversity, because of the way they have had to reinvent themselves,” Turner Sports NCAA analyst Steve Lavin told me in a phone interview Wednesday morning.

“As a result, they are playing their best basketball of the season, which no one could have anticipated, other than the Musketeers themselves.”

Guards Trevon Bluiett and J.P. Macura remain the hub of 11th-ranked Xavier, which upset No. 6 Maryland in the first round of the NCAA Tournament and then blasted third-seeded Florida State 91-66.

“I think one of the advantages this Xavier team has had in the postseason is opponents don’t have a familiarity or sense for their tendencies, their strengths, other than Macura and Bluiett. The rest are relatively unknown players who are playing their best basketball of their careers,” Lavin said.

“Until these last two weeks, this is such a different team. That’s their edge. It’s kind of like the Robin Hood ambush. Now they’re popping out of the trees and it’s someone different each game, each half or even within parts of the half.”

Some of those relatively unknown players who have recently far exceeded their season averages include:

–Post player Sean O’Mara, averaging 14.5 points in the NCAA Tournament, having made 15 of 16 free throw attempts.

—Malcolm Bernard, a senior who had the first double-double of his career in a Big East tournament victory over fellow Sweet 16 participant Butler. The 6-6 wing has nine double-figure scoring efforts this season; four have come in the past eight games.

–Forward Tyrique Jones, who had 13 points and was 6 of 7 from the field against Florida State.

—Quentin Goodin, a freshman point guard who is averaging 8.8 points and 4.4 assists in five postseason games.

“O’Mara is forcing teams to double him, or in single coverage he’s going to go to work and have a career night,” said Lavin, who was a TV game analyst for the Musketeers’ first two games in the NCAA Tournament. “Now you have Jones and Gooden making shots.

“There are all these unknown aspects and elements to their success. Xavier is just playing with confidence and belief, and they’re adapting, using their ingenuity and resourcefulness from the first half to second half and from game to game.”

Lavin will be in the studio this week for TBS, which will telecast the Arizona-Xavier game beginning at about 7:10 p.m. Tucson time, following the Gonzaga-West Virginia game.

While he noted the players who have stepped up offensively to support Bluiett (17.7 points per game) and Macura (14.0), he also pointed out that Xavier’s recent defense has been in top shape.

The Musketeers have allowed opponents to shoot 45.0 percent this season — nothing special about that. But Maryland and Florida State combined to make just 40.4 percent from the field, including a scant 22.9 percent (11 of 48) from 3-point range.

“They mix their defenses to keep teams off balance,” Lavin said.

“They have a 1-3-1 that turns into a 2-3 zone, and they mix in their man-to-man. And within their man-to-man, they change their coverages on the post and on ball screens. That has kind of unnerved teams and discombobulated opponents.”

Yes, Arizona is more talented. There is a reason why it is a 7.5-point favorite. But Xavier appears to have moved well past the team that lost six consecutive games in February.

“When they went into a free fall, what people on the outside couldn’t see was that they were actually building cohesion and reinventing themselves and playing with different combinations than they had been all season,” Lavin said.

“Now that has become an advantage.”