Where do Arizona and Sean Miller go from here and what will happen next season? Yes, in this world, you have less than 24 hours to figure it out or talk about it, especially after the rubble of a Sweet 16 loss hasn’t even settled in the gut.

But that’s what has become of Arizona basketball – good or bad. High expectations have been the norm for 30 years.

Deep into the night, no player who may have a thought of leaving the program wanted to talk about their future. The loss was too stinging or they just didn’t want to discuss it.

Regarding the futures of Lauri Markkanen to Allonzo Trier to Rawle Alkins to Kobi Simmons, they all declined to say what was next.

“That’s the furthest thing from my mind,” said Trier, who last year decided to return for his sophomore year, only to have it derailed for 19 games after testing positive for PEDs. “Our journey just ended. It’s a tough game to swallow.”

Losses tend to do that, especially in March when it’s over.

Markannen said he needed to “take his mind off” everything and not talk about the NBA. 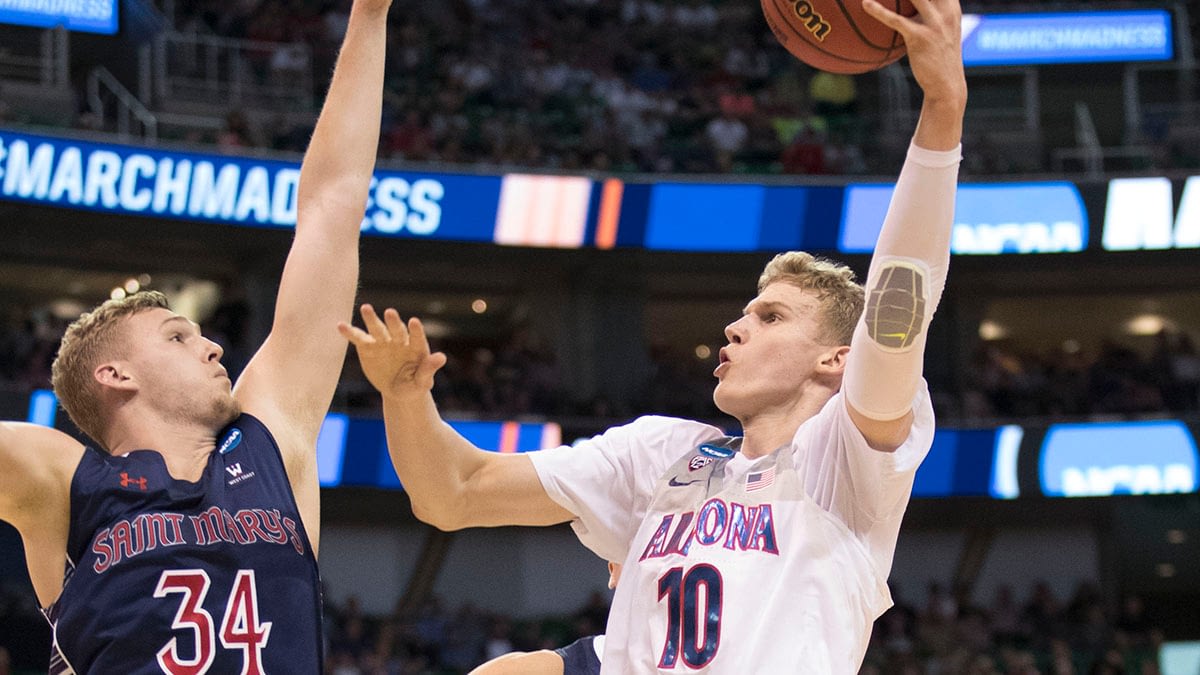 Simmons and Alkins too declined to speak of it.

Alkins proved to be one of the better freshmen for Arizona, potentially Aaron Gordon and Stanley Johnson as recent one-and-doners; Markkanen, too. But will they go? As for Simmons, he was a big part of Arizona’s success early and throughout the first three months; then Trier returned from his suspension, and Simmons was expendable. He rarely had an impact in the last two months.

Whether he declares for the NBA Draft or chooses to transfer would not be a shock.

What’s clear is Arizona will be good again next year with an incoming class that should be rated among the top five again. But with only one departing senior – Kadeem Allen – and four scholarship freshmen coming in, something has to give. Miller has already said he’s still going after a player or two this spring/summer.

Randolph and Simmons are similar players, so something has to give. Ayton, another one-and-done player, can fill the middle, with the likelihood of Markkanenen leaving. Don’t forget about UNC Asheville transfer guard Dylan Smith, who sat out this season.

The biggest question mark may how to replace Alkins, in case he goes.

No question Arizona will be a top 10 team, once again giving fans hope of another shot at a national championship.

For right now, all there is is hope for Arizona Wildcat fans. Good luck with that.

And stay tuned. There are a lot of moving parts – many of which are unknown.