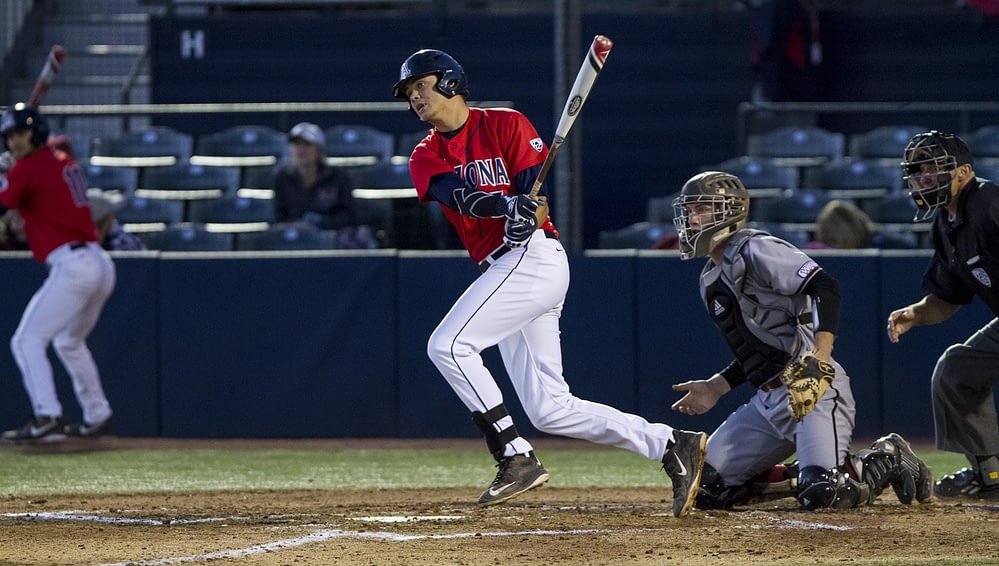 Bobby Dalbec had a slugging percentage of .674 in Class A last season after leaving Arizona following his junior season. (Photo courtesy Arizona Athletics)

Bobby Dalbec, one of the heroes of the Arizona Wildcats’ run to the final game of the 2016 College World Series, is expected to play with the big boys at some point this week.

Boston Red Sox manager John Farrell told the media Friday that he wants to see Dalbec, a fourth-round pick, in a major-league spring training game, or two, in the final week of camp.

Farrell also mentioned he asked the minor league side to send Bobby Dalbec up for a game or two. Wants to see him play. ’16 4th rounder

Dalbec, a slugging third baseman, struggled at the plate late season for the Wildcats, relative to his sophomore year, but a large part of that was his added pitching duties. He was very good at pitching but wasn’t a big fan of it. The Red Sox drafted him intent on looking at his bat.

“Allowing him to only focus on offense and defense and taking the pitching side out of it, I think he’ll be able to make an exponential jump,” Arizona Wildcats coach Jay Johnson said last fall.

He is expected to start this season at Low-A Greenville or, perhaps, High-A Salem, according to Masslive.com.

Dalbec, 21, is rated the fifth-best prospect in Boston’s system, according to SoxProspects.com, and could be the franchise’s highest-ceiling right-handed power bat.