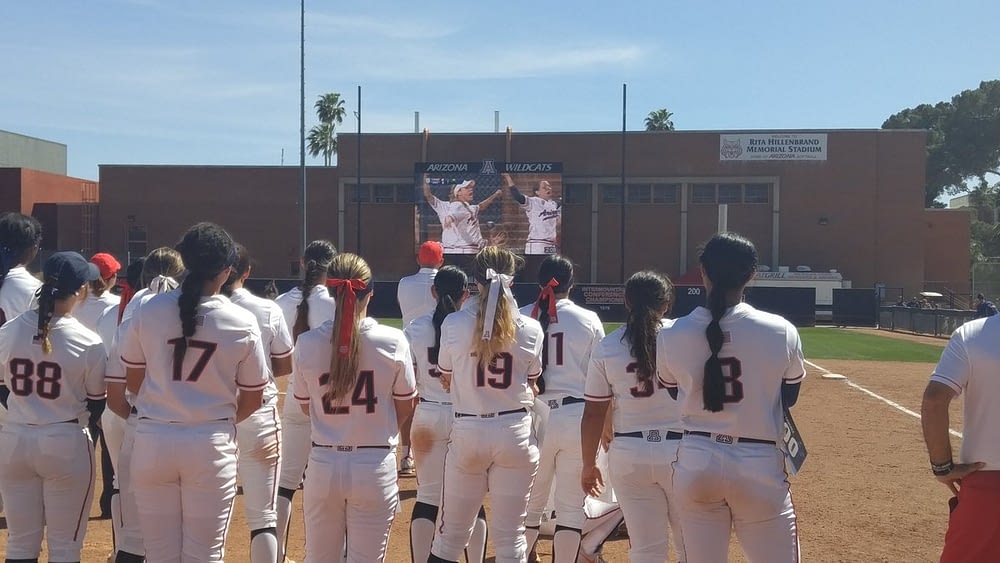 Arizona softball coach Mike Candrea earned his 1,500th victory with the Wildcats on Sunday afternoon with a 5-2 victory over sixth-ranked Washington.

After the game, a few of the players were moderately successful in dumping ice water on Candrea, whose fifth-ranked team improved to 32-1 overall and 6-0 in the Pac-12.