That was the difference for the Oregon Ducks in the semifinal game here at the Final Four.

It’s the little things that keep you up at night. The. Little. Things.

The Ducks might nitpick this game with North Carolina to death for the next few months and beyond after the Tar Heels escaped with a 77-76 victory to advance to play Gonzaga for the national title. 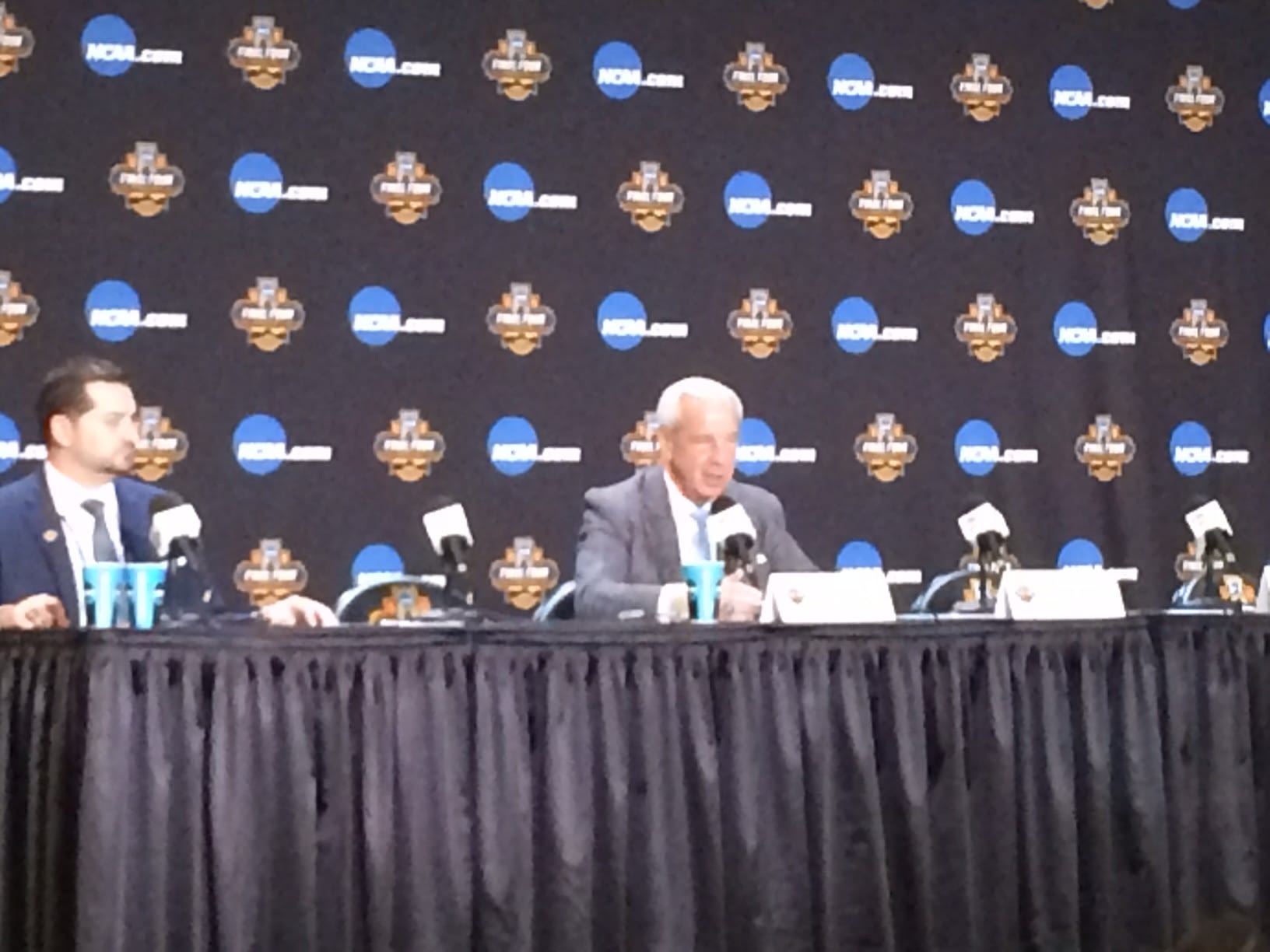 “It’s a dream,” Roy Williams said of getting back to the national championship game after getting there last season. “It’s a dream that’s come true to get there. Now, we’ve got to play better.”

You had to feel a CBS official or two maybe three helped will the Tar Heels to the win (just a guess) given that the interest in a Gonzaga-Oregon matchup was as appealing to those in the east as a New York snowstorm in April.

Carolina all but gave the game away in the final moments, failing to score a basket which allowed the Ducks to make it a one-point game in the end.

It was this close they almost didn’t.

But Oregon couldn’t get a rebound on two (of course) missed Carolina free throws that prevented Oregon from getting a last-ditch shot at a win. Oregon would have only four seconds to do it, but four seconds is, well, four seconds.

North Carolina looked destined to ease into the title game with about 10 minutes left given Oregon unwillingness to hit a shot, whether it was a 3-pointer or otherwise.

Its best player Dillon Brooks, the Pac-12 player of the year, played arguably his worst game of the season, hitting just 2 for 11 shots. Its second-best player Tyler Dorsey wasn’t much better, going 3 for 11. And yet, Oregon had a chance.

This was not the Oregon team many of us had been used to seeing: the run-and-stun Ducks of months past. And yet – although they played horribly – they had a chance.

“We caught them on a night they didn’t shoot the ball very well,” Williams said. “The second half they are 3 for 18 from 3. But they make free throws, because there’s a reason they call them that – you can’t guard them then.”

“I love the competitiveness,” said Oregon coach Dana Altman. “We didn’t win 33 games by accident and they really competed. We just had too many turnovers and we made some really bad decisions but they were trying to compete and trying to make plays, but we were too optimistic at times about what we were doing and didn’t give ourselves a chance.”

North Carolina had a 10-point lead with 8:31 and then started to melt down. It missed a free throw here and another one there and all of a sudden Oregon was flirting with a win. Ten points turned to five at 72-67.

“We are kicking ourselves because we have to make free throws,” Jackson said. “Coach always talks about on the free throw line that guys need to go for the offensive board. I think Theo (Pinson) had a tremendous tip and Kenny (Williams) made up for his two missed free throws.”

And, well, that’s what it eventually took for Oregon to lose two free throws where it couldn’t come up with the rebound.

“We had our opportunity … we had plenty of chances,” said Altman.