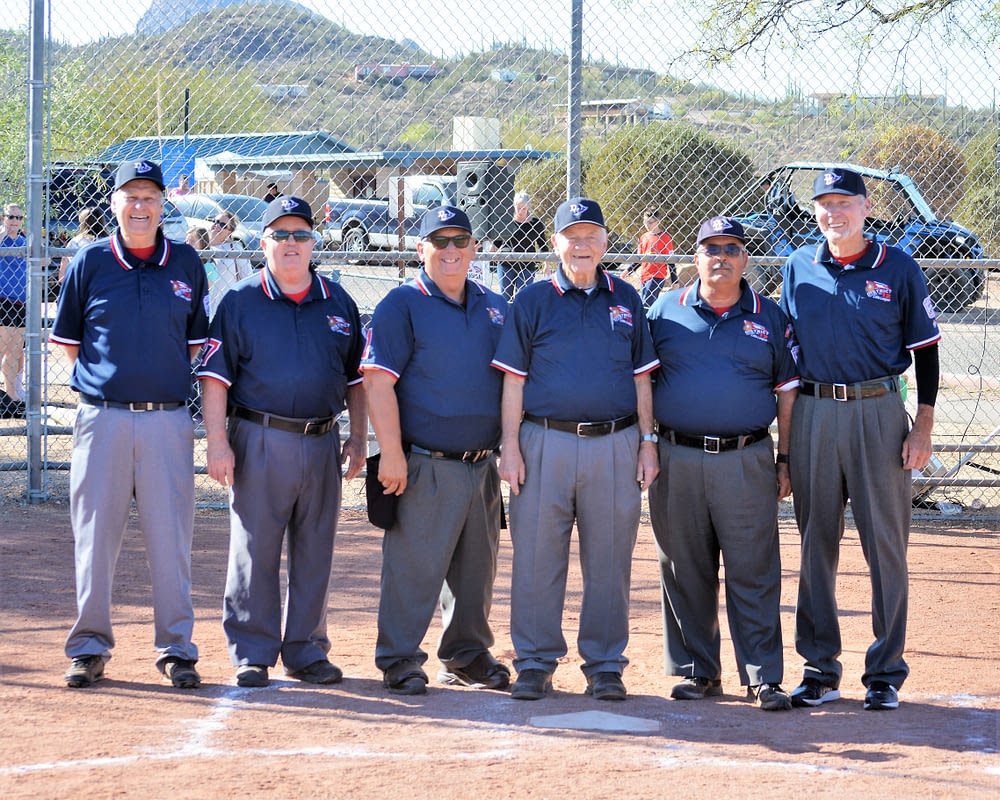 Arizona District 12 Little League held a special All-Star game to start out the spring season. The Opening Day festivities were held at Manzanita Park and the All-Star game featured players from each of the 12 leagues within the district and proceeds from the snack bar were donated to United Cerebral Palsy of Southern Arizona. $800 was collected for this important cause.

In addition, the umpiring crew was comprised of six veterans with almost 300 years of experience:

The Red Team started out strong and posted three runs in the bottom of the first and another in the second to take a 4-0 lead over the Blue Team. Meanwhile, Cris Miranda, Andrew Wright, Isaiah Moraga and Isaiah Cervantes took turns on the mound for the Red Team and the four held the Blue Team scoreless on eight strikeouts through the first four innings.

Alex Johnston got things started for the Blue Team in the top of the fifth on a leadoff double and Jacob Solis doubled him home two outs later to cut the score down to 4-1 but the Red Team got two runs backs in their half of the inning with Mike Lopez and Rudy Rodriguez collecting RBIs.

Down 6-1, the Blue Team exploded for six runs in the top of the six to take the lead. Daniel Perez started the comeback with a one-out single and Ben Durazo followed with another hit. Joseph Benitez (Randolph) was walked to load the bases and Angel Baldiva singled in two runs to make it 6-3.

Joseph Benitez (Palo Verde) picked up an RBI single to make it 6-4 and then Tyler Walker hit a shot to centerfield but the ball was caught for the second out. Benitez scored on a passed ball to make it 6-5. Johnston came up next and he doubled in a run to make it 6-6. Diego Ramirez drew a walk and Tate Williams brought in Johnston to give the Blue Team a 7-6 lead.

Wright started the Red Team off in the bottom of the sixth with a double and Brady Carson hit a two-run shot to give the Blue Team a walk-off 8-7 victory.

“It felt great,” the Esmond Station (Vail) sixth grader said. “It felt good off the bat and it was just a hard hit. I knew it was gone because it felt right.”

Baldiva went 3-for-3 with a double and two RBI to lead the Blue Team. Johnston went 2-3 with two doubles and an RBI, Solis had an RBI double and Perez went 2-2.

Carson had a home run and three RBI to lead the Red Team. Wright had his double and Fletcher Edwards, Miranda, Shawn Barros, Lopez and Bess all picked up hits.