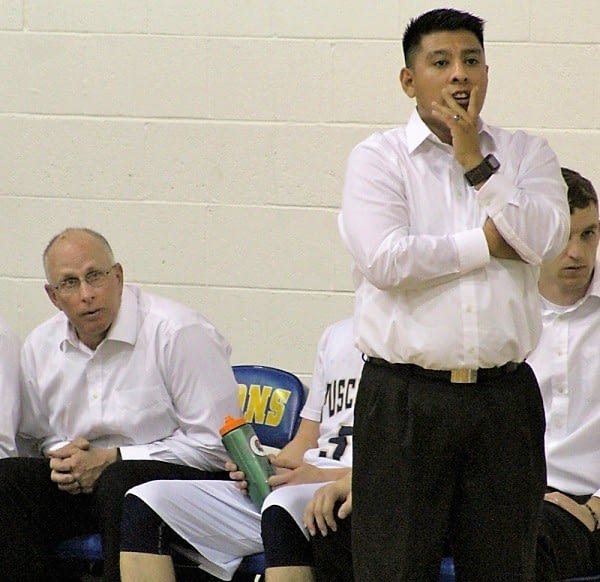 It has been confirmed to AllSportsTucson.com that legendary coach Jim Reynolds will be the new basketball coach at Salpointe.

“Excited to coach again and especially at at Salpointe,” Reynolds said.

Reynolds is a Hall of Fame coach from Cincinnati where he retired from coaching Madeira High School after 25 years. He had 22 straight winning seasons, he won 11 Cincinnati Hills League titles, 10 sectional titles and six district titles. He was named the Coach of the Decade for the 1990s.

His son, Ryan Reynolds, is the Director of basketball Operations at the University of Arizona and has been on the Arizona staff since 2010.

“Madeira was phasing out physical education classes so I was basically out of a job after 25 years,” Reynolds told AllSportsTucson.com in January of 2016. “We have a daughter in California and a son here so it was always in the back of our minds that we would one day move out west so we decided to give it a try.”

Reynolds was one of several “secret weapons” disguised as assistant coaches who made quiet but important contributions in the last few years. Legendary Sunnyside head coach Dwight Rees sat beside former Blue Devil head coach Rob Harrison a couple of years ago. His presence on the bench went mostly unnoticed.