The Southern Arizona Chapter of the National Football Foundation will be recognizing the career achievements of coaches Larry Smith and Will Kreamer at its 20th Annual Scholar-Athlete Awards Banquet this Sunday.

The event will take place at the Doubletree Hotel at Reid Park starting at 4 p.m.

Smith, Arizona’s head coach from 1980 to 1986, will receive the Joe Kearney Leadership Award in recognition of his life-long work coaching young men and building leaders through football. After Smith retired as a college head coach, he continued to organize and host coaching clinics to assist those who were pursuing a coaching career. Smith lost his battle with cancer in January 2008. His family will accept the award. 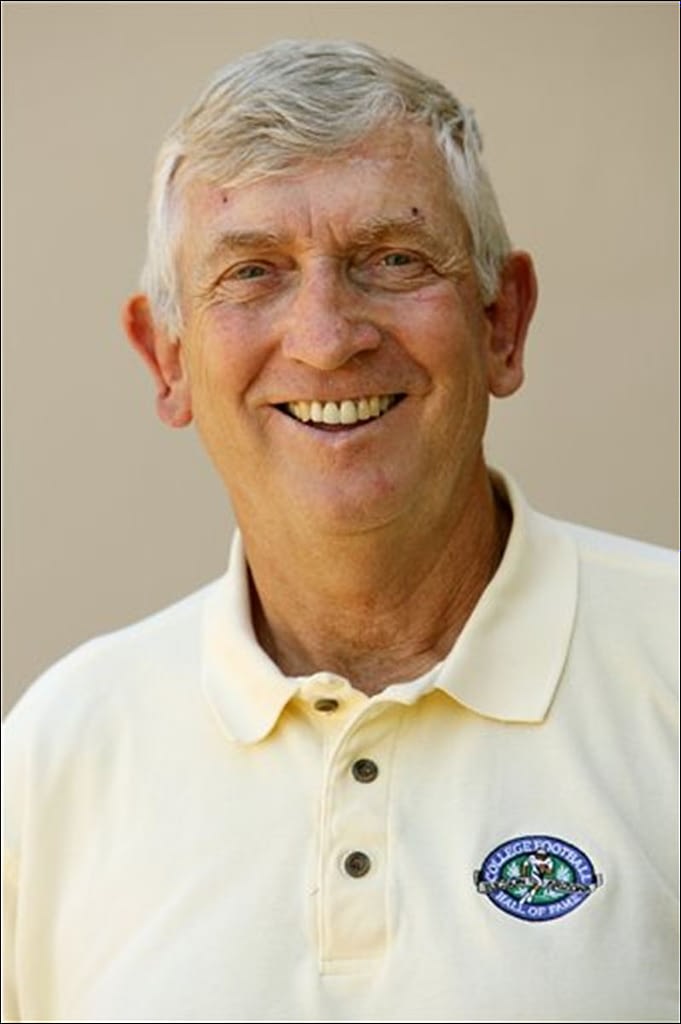 Kreamer has a 40-year career in teaching, coaching and administration, all in Tucson. Kreamer’s coaching odyssey has taken him through Sahuaro, Tucson, Ironwood Ridge and Sabino high schools. He has been honored as coach of the year on multiple occasions and he has also served on the AIA Board. As athletic director, Kreamer is responsible for hiring quality coaches such as Matt Johnson (IRHS), Jay Campos (Sabino) and Justin Argraves (Tucson High).

Former Arizona coach Dick Tomey will be the keynote speaker at the dinner and he will be addressing the 2017 National Football Foundation Scholar-Athlete Honorees who are:

The selection of these 11 young men is based on stringent criteria focusing on academic scholarship, citizenship and athletic achievement. One of the 10 senior high school honorees will be nominated for the National Football Foundation National High School Scholar-Athlete Award to be presented in December in conjunction with the 60th
Annual National Football Foundation and College Hall of Fame Induction Dinner at the Waldorf Astoria in New York City.

For more information you may contact Rick Gonzales at rick72@aol.com or go to the Southern Arizona Chapter Facebook page.

The Southern Arizona Chapter of the National Football Foundation and College Hall of Fame is a 501(c)(3) charitable organization.