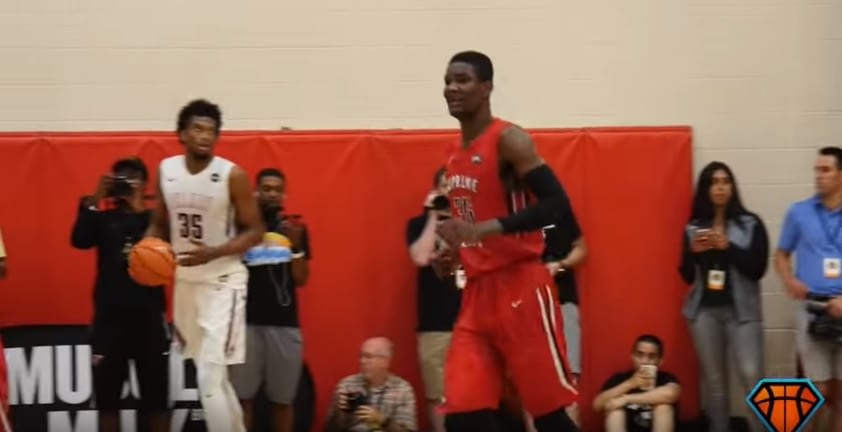 The Wildcat men are in the running for second-team All-American guards Bryan Bowen of LaPorte (Ind.) La Lumiere and Trevon Duval of Bradenton (Fla.) IMG Academy.

It is no secret among recruiting circles that if Allonzo Trier forgoes his final two years of eligibility and turns pro, Bowen will attend Arizona because they both play the off-guard position.

Sean Miller has the best of both worlds in this scenario because if Trier returns, he will be an All-American candidate and if Bowen comes on board, that’s yet another five-star prospect.

Duval is a five-star point guard who would bolster that position that includes senior-to-be Parker Jackson-Cartwright and Barcello.

He told the USA Today that he plans on announcing his school of choice by the end of April. The spring signing period runs from April 12 to May 17.

He is choosing from Arizona, Kansas, Duke, Baylor and Seton Hall.

Duval added that his announcement is “going to be something.”

“Me and my dad are going to come up with something that is different and creative,” Duval said. “It’s going to be something different that no one has ever done before.”

With freshmen Lauri Markkanen and Kobi Simmons opting to turn professional, that leaves three players off of next season’s roster, including senior Kadeem Allen.

Sophomore center Chance Comanche has announced he will test the NBA draft waters and not sign an agent.

Seven players would return — including Trier and Comanche if they don’t leave early — along with the four signed recruits. Teams are allotted 13 scholarships so Miller would have two to fill.