Welcome to As the Arizona Basketball World Turns … for these are the days of your lives.

Pardon the pun but it is – isn’t it? – like a soap opera these days? One player, two players, three players, four … out the door? They all decide to test the NBA market to see how good they truly are, hoping to find a place in the world where money is plentiful and the playing time available. Or vice versa. 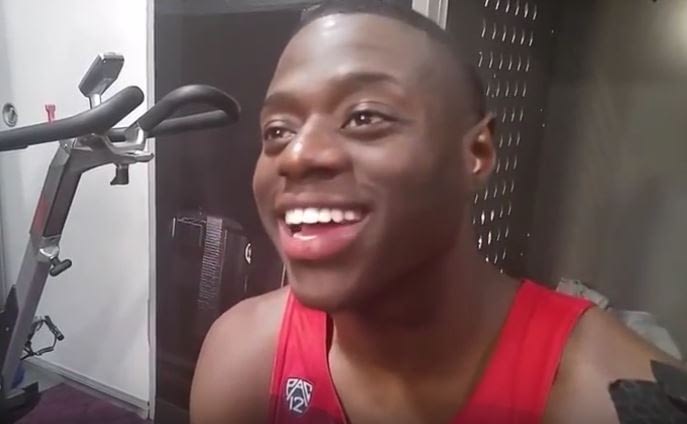 Hell, Arizona, UCLA and Oregon alone have 10 players set for this summer’s NBA draft with just 30-something slots available for guaranteed money.

Who’s advising these kids? Genie in a bottle?

In the case of Arizona and Sean Miller – with Lauri Markkanen, Kobi Simmons gone, Rawle Alkins and Chance Comanche testing and Allonzo Trier still (apparently) undecided – now would be the best time to tell you the reason why Miller hasn’t gotten to the Final Four nor will he have an easy time getting there moving forward: very good talent comes and then it goes. It’s been happening since he arrived here. In comes one strong recruiting class and out goes another. It doesn’t become older, better talent. And don’t tell me about 2016 when it was older. It wasn’t better.
The players may change but the fan’s broken hearts remain the same. It’s the same at other places where they have the plethora of talent – Kentucky, Kansas and Duke among a couple of others – but what do they have to really show for it? Deep (sometimes) runs in the NCAA tournament and maybe an NCAA title here and there? Sustained success is nearly impossible.

What’s considered success anyway? Was Arizona’s Sweet 16 appearance? Hell, Miller shut down his Twitter account, so you tell me?

Miller is finding that out the hard way all this isn’t easy. Each year he has to “feed the beast” with good-to-great talent (and he has) only to see his team have that one bad day to fall short of his expectations and his follower’s expectations.

But who’s fooling whom? The greatest gatherer of high school talent, John Calipari, has become a master of convincing youthful players to play for Kentucky. No coach has had more talent than him in the eight years he’s had at Kentucky and all he‘s had to show for it is … drum roll, please … is one national title. Sure, it’s one national title and that’s better than none. And yes, many schools would kill for that. Arizona fans go ahead and get in line.

But the point is he’s had a basket full of promising talent and all he has is one title. Are those glory days or a gory daze?

My point is – yes, I have one – you can have all the talent you can get but it’s going to be young and inconsistent. That’s, of course, if you want to consider winning 30-something games and making it to at least the Sweet 16 is inconsistent.

Arizona, with the revolving door that it is, is going to be very difficult to get to the Final Four and/or win a national title. It just is. Out goes one stud, in comes another. It isn’t easy.

Other schools are dealing with it, also. I know that doesn’t bring comfort to the masses at Arizona – and I’m not here to soothe your soul – but, I’m here to tell you good luck when the next crop of potential one-and-dones come through the proverbial UA door to give you high expectations.

I wish I had a pill for that … I’d retire early.