James, a sophomore forward, was named the 2017 Spalding NJCAA Division II Player of the Year.

James was selected first-team NJCAA All-American last week and was the ACCAC Co-Player of the Year. He was also named to the NJCAA Division II All-Tournament team and was the Region I, Division II tournament game MVP. He led the ACCAC in points (20.6) and rebounds (9.6) as well as tallying 20-double-doubles on the season. 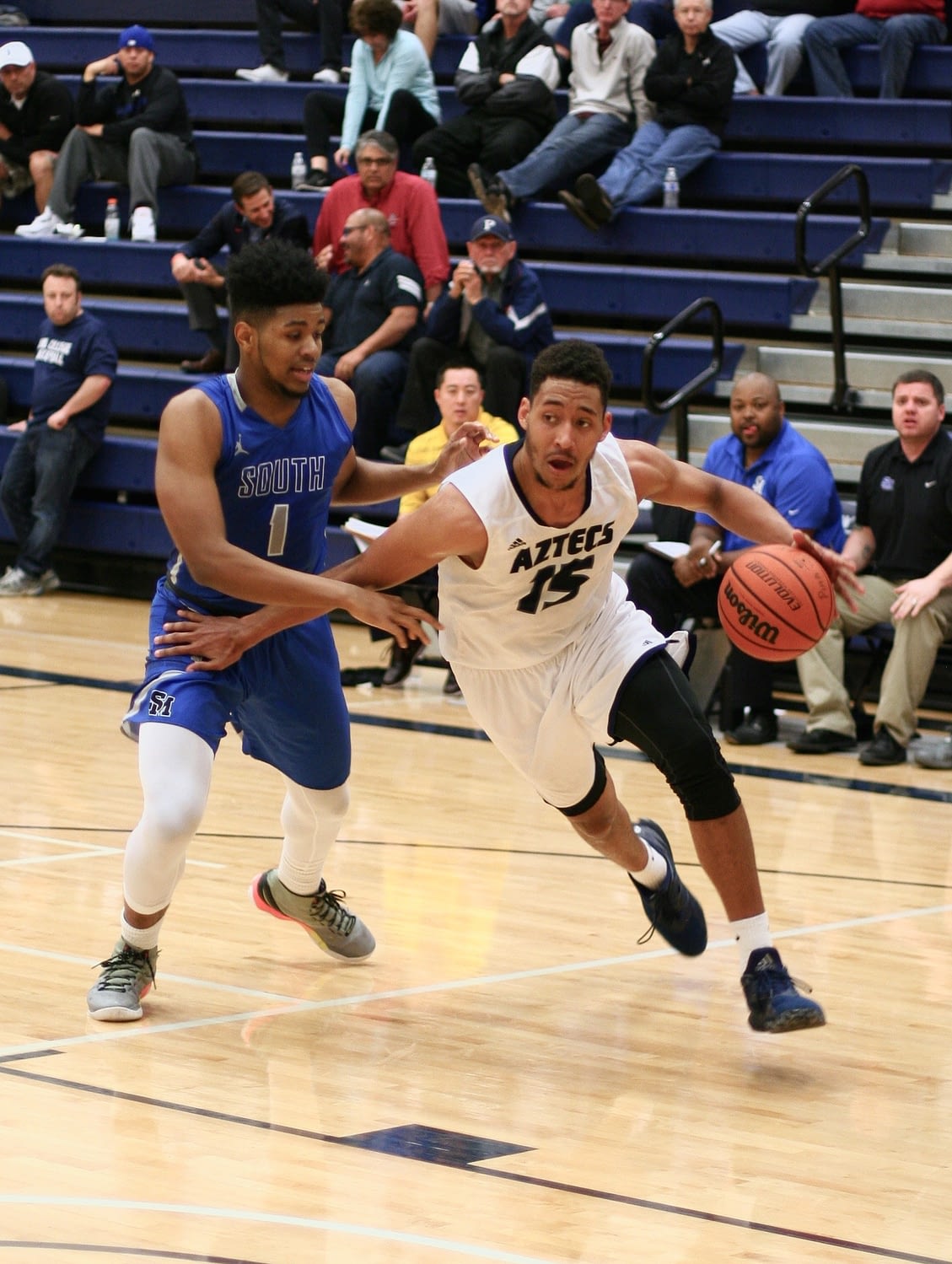 The Aztecs won 22 games this season — the most since 1989-90 and won 13 ACCAC conference games which was the most since the 2000-01 season. They captured their first Region I, Division II championship since 2010 and were second in the NJCAA in scoring at 99.5 points per game.