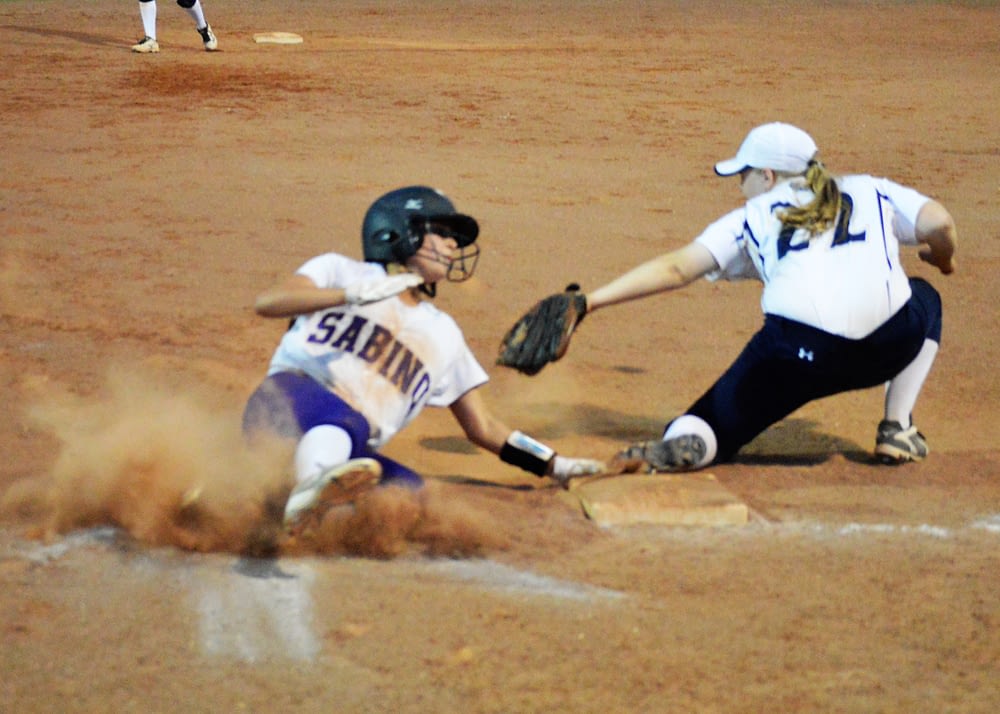 Sydney Gray avoids the tag at third from Abby McGowan to record her second triple of the game. (Andy Morales/AllSportsTucson.com)

It’s been three years since Sabino hosted a playoff game and the Sabercats will have to wait till next Tuesday to see if they will be hosting another. Ranked 14th, the Sabercats beat No. 12 Pusch Ridge 10-0 on Thursday night to clinch the 3A South Region but where the team lands in the Play-In Tournament is what matters most now.

The top two teams from each 3A region will earn a playoff spot but only the top eight seeded teams overall will avoid the Play-In Tournament. Teams seeded 9-24 will play on Wednesday, Apr. 26. The eight winners from that round will advance to the 3A State Tournament scheduled to start on Saturday, Apr. 29….