On a day when the third-ranked Arizona Wildcats honored their eight seniors, a freshman provided a powerful reason to look forward to the future in an 8-0 drubbing of ASU on Sunday at Hillenbrand Stadium.

Jessie Harper hit two of Arizona’s four home runs, including a grand slam, during her 3-for-3 performance. She had five RBIs in the Wildcats’ win over No. 23 in five innings.

Mike Candrea’s team won the series over their archrivals for the second straight year. 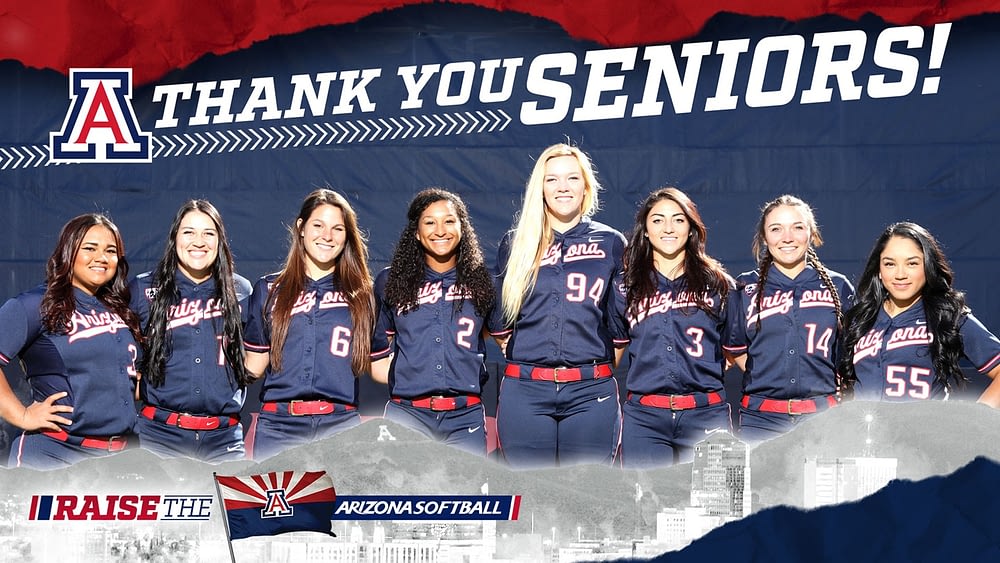 Danielle O’Toole, one of the seniors honored before the game, threw a one-hit shutout.

Arizona hit its four home runs in an 11-batter stretch between the third and fourth innings, breaking open what was a scoreless game heading into the third.

Mo Mercado and Harper hit back-to-back solo homers in the third before Harper hit a grand slam in the fourth and Alyssa Palomino followed with a solo homer of her own.

Arizona entered the three-game series second in nation in scoring at nearly eight runs per game, but was held to six total runs in the first two games before its barrage today.

O’Toole improved to 26-3 as she struck out five and walked three.

The Wildcats (47-5, 17-4 Pac-12) head to UCLA next week with their first conference championship since 2007 on the line. Utah is 12-4 in the conference with six games remaining at Oregon State and against Washington at home.

After wasting two-on opportunities in the first and second innings, Mercado and Harper hit back-to-back solo homers to give Arizona a 2-0 lead after three innings.

In the fourth, Carranco and Hughes led off with back-to-back singles before a walk to Katiyana Mauga loaded the bases with one out.

The Sun Devils walked Mercado for her second RBI of the game before Harper hit a grand slam to left-center for her fifth multi-homer game. The five RBI tied a career high. Palomino followed with a solo homer and O’Toole slammed the door in the fifth to give the Cats a run-rule victory.

Harper has 18 home runs while Mercado has tallied 10.

The Wildcats have 87 home runs, averaging 1.72 in their 50 games. That ranks second nationally behind Louisiana’s average of 1.76.

OF COURSE the freshman had to hit a grand slam on @UA_Softball senior day! 😎#Pac12SB pic.twitter.com/RaJUMu5NzG