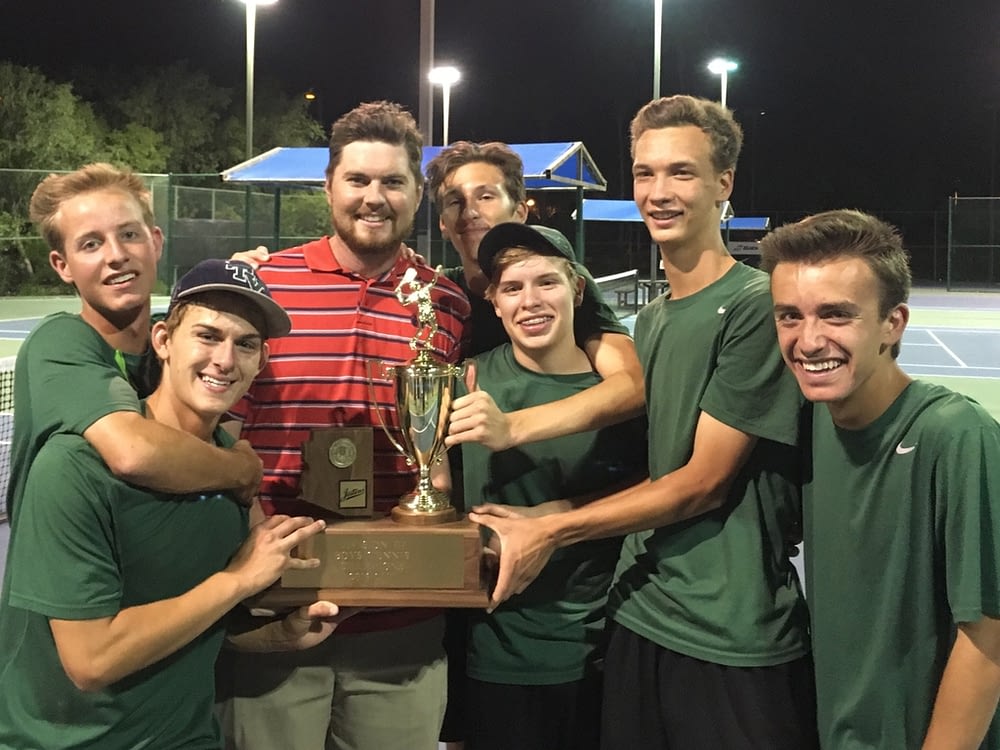 Tanque Verde won its first ever team tennis championship on the boy’s side thanks to a 5-4 win over Pusch Ridge on Saturday at the Paseo Racquet Center in Phoenix. The Hawks won the Section II championship with a perfect 6-0 record and finished the season 18-0. Tanque Verde also beat Pusch Ridge 5-4 in April,

The Catalina Foothills boys won their 12th state championship Saturday with a 5-3 win over Cactus Shadows. The Falcons finished 17-0 and only gave up 10 points all year.

The Pusch Ridge girls won their fourth state championship thanks to a 5-2 win over top-seeded Thatcher. The Lions finished 17-1 with the only loss coming to D-II power Catalina Foothills.