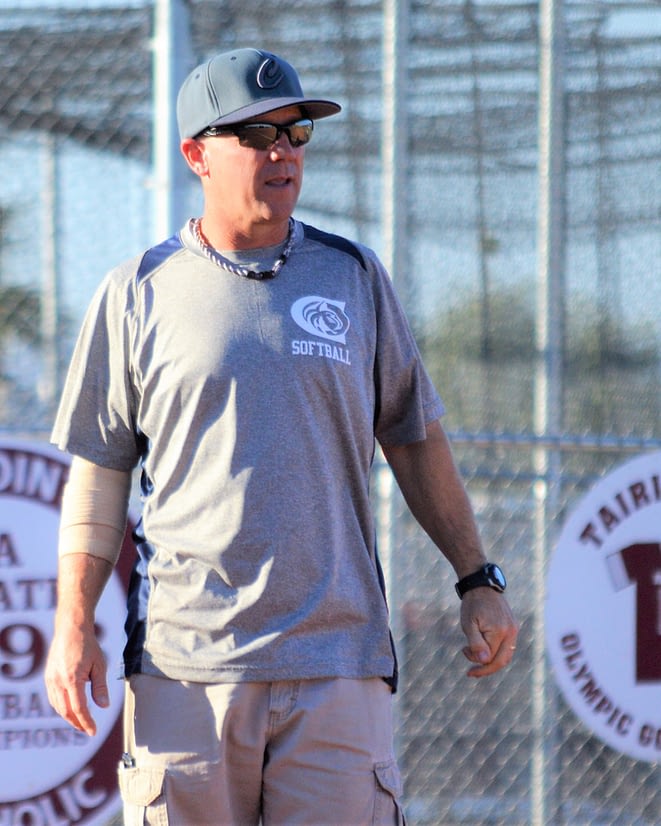 Cienega’s Eric Tatham will be coaching in his fifth championship game. (Andy Morales/AllSportsTucson.com)

No. 3 Tucson lost to No. 7 Hamilton, 6-2 in the 6A semifinal round Thursday night at Rose Mofford. The Badgers finished the year 29-6 and in third place. It is the best finish for the program since back-to-back runner-up finishes in 1990 and 1991.

No. 3 Sahuaro lost to No. 10 Queen Creek 12-5, sending the Cougars to one final semifinal game against Queen Creek to be played Friday night at Rose Mofford at 6:30 p.m. The winner of that game will face Cienega.

The final round will be played at Randolph North at 7:30 a.m. on Friday morning.

6A Elimination Semifinal at Rose Mofford
No. 7 Hamilton beat No. 3 Tucson, 6-2

4A Championship at Hi Corbett
No. 2 Salpointe vs. No. 1 Nogales