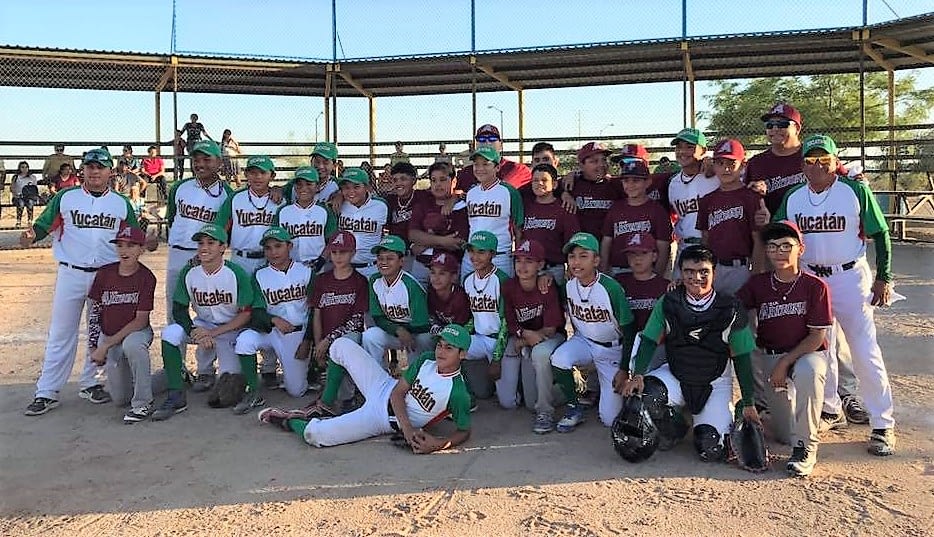 With a team from Hermosillo, Mexico (courtesy photo)

The 10U Tucson Royals baseball team qualified for the National Youth Baseball Championships (NYBC) taking place in New York City by winning their division at a qualifier held in New Mexico in April.

The team was formed after former University of Arizona football player Garrett Raetzman saw potential in a couple young boys from Western Little League he was coaching and he wanted to keep them together and teach them the game they all showed a passion for until they eventually reach the high school level.

Garrett teamed up with fellow Western parent and coach Art Castro and Alex Ceballos and they took their 9U team to Tucson Champs Baseball Academy led by former Wildcat and MLB standout George Arias.

This team has competed in tournaments held in Tucson, Phoenix, Nogales, Yuma, Las Cruces and in Hermosillo, Mexico.

Part of the Royals program under Arias includes training on and off the field on a weekly basis including classroom work, hitting and on field training. It is instilled in them to be a good student, child, teammate, friend and community member.

The NYBC Nationals will take place the week of July 24, 2017 in Yaphank, New York.

Many of the athletes on the roster have never been on an airplane and they are asking for community support via their GoFundMe webpage: Tucsonroyalstakenyc