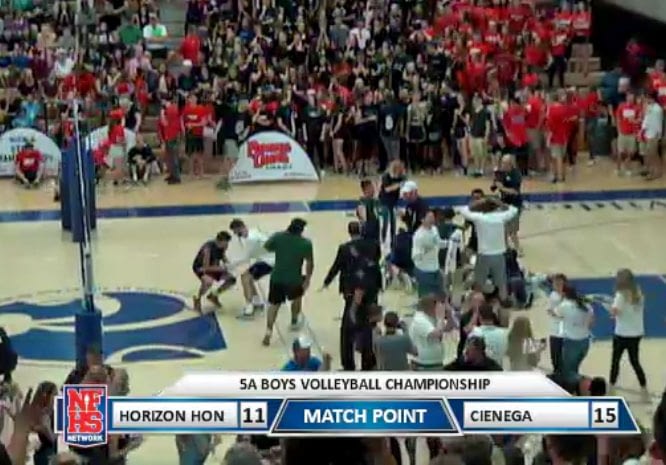 Cienega ends the season with a 37-4 record, only giving up eight 13 sets all year. Bobcat coach Heather Mott (117-33) joined an exclusive club by becoming only the sixth coach from Tucson to win a boys’ title.