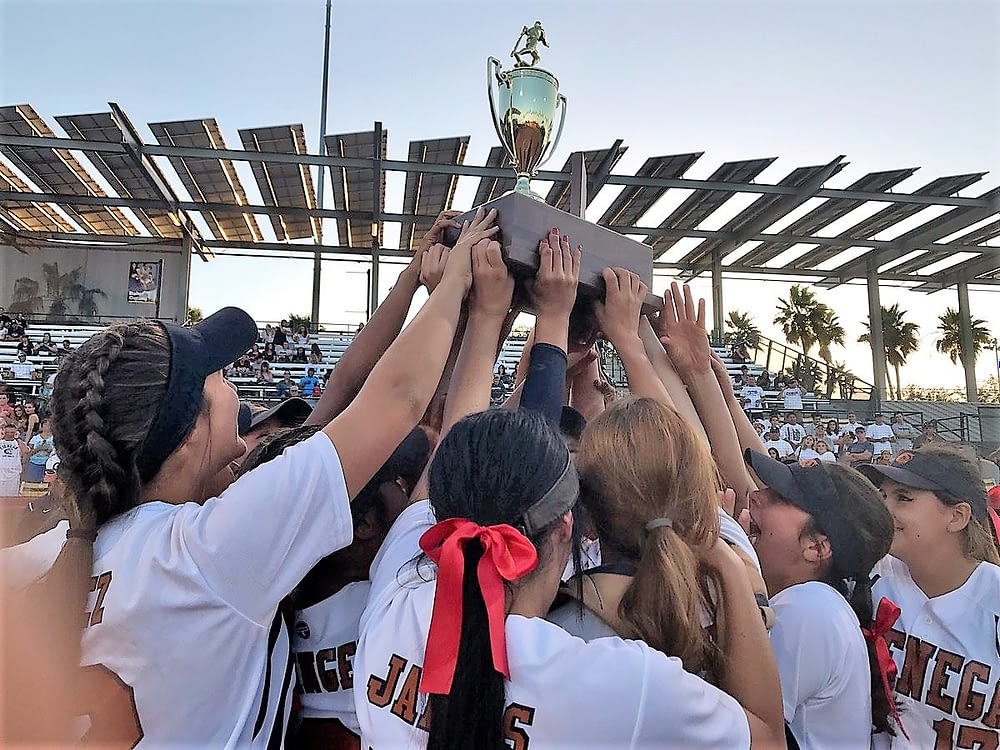 The long road is over. 42 teams from Southern Arizona started on a journey some three months ago. Of those 42, 26 made the playoffs. Of those 26, four won a state softball championship. Benson won the 2A championship, Empire took the 3A title, Canyon del Oro claimed the 4A trophy and Cienega beat Sahuaro 4-1 Monday night to win the 5A championship.

6A? Tucson took third place and St. David was impressive in a 1A quarterfinal appearance. The list of semifinalists from Southern Arizona is also impressive with San Manuel (2A), Sabino (3A) and Salpointe (4A) representing but the last night of the season belonged to Cienega and Sahuaro…..

Cienega assistant coach Pat Kennedy was given the game ball. The longtime youth coach was in remission from cancer but recently found out he must go through more treatments over the summer. The team wore “Team Pat” ribbons in their hair during the game.