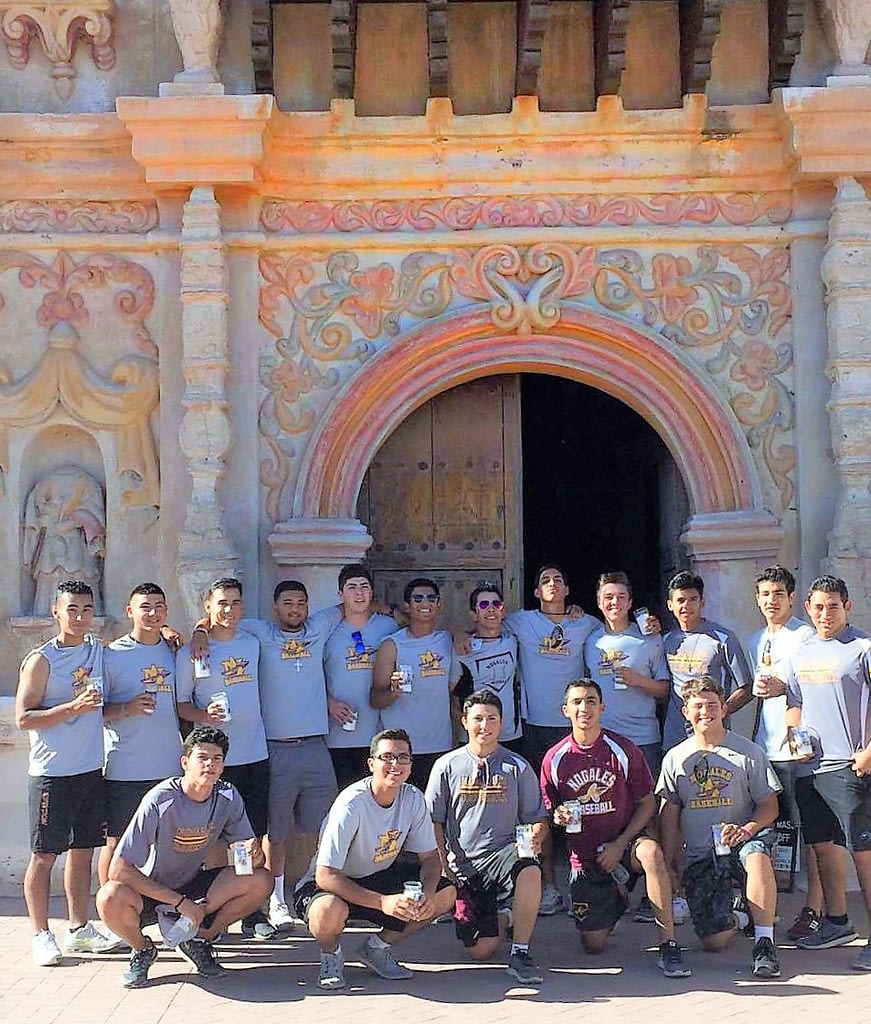 Fresh off of a 4A championship, members of the Nogales baseball team fulfilled their “manda” Wednesday afternoon to Mission San Xavier del Bac. A “manda” is a promise made that, in this case, involves a pilgrimage to the Mission that many from Southern Arizona make.

“The team started from Desert Diamond by the airport,” head coach OJ Favela explained. “Boys said win or lose they would do it!”