University of Arizona head swimming and diving coach Rick DeMont is stepping after 30 years as a member of the program’s coaching staff, the athletics department announced.

DeMont began his career as a student-athlete at Arizona during the 1977-78 season and joined the coaching staff in 1987. DeMont will remain in his current role until the athletics department completes a national search for the next head coach. 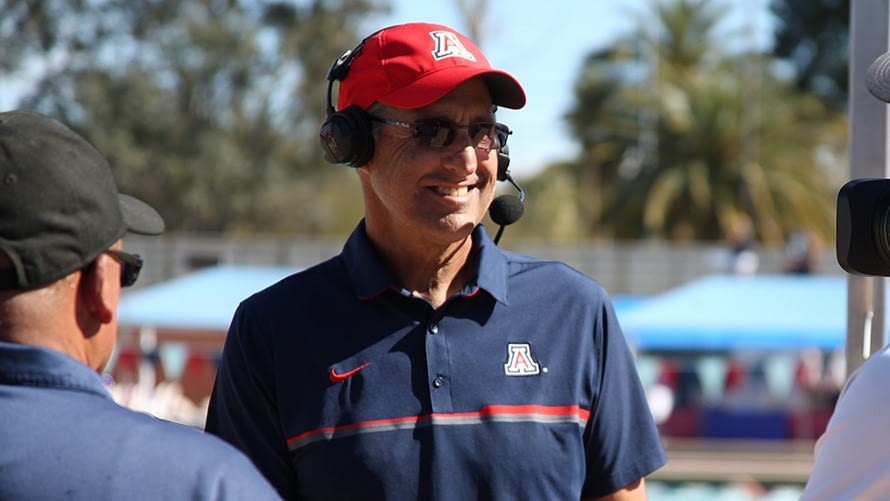 “There is never a right time to make a decision like this and I thought long and hard about it,” DeMont said in a press release. “I’ve been coaching here for 30 years, and despite the offer of a two-year extension, I decided that now is the right time to move on. I’ve given everything I have to Arizona swimming and diving and I’m looking forward to spending more time with my family and pursuing other passions. I want to thank the administration, staff and student-athletes for making this a wonderful journey and I look forward to seeing what the program can do in the coming years.”

Long considered a world-renowned sprint freestyle coach, DeMont has been the subject of feature stories and swimming technique articles in numerous publications, such as Swimming World, Swim Technique and Splash magazines. During his tenure with the UA, he coached 27 U.S. Swimming and NCAA individual national champions, as well as numerous national champion relay squads. DeMont also pioneered negative split swimming, which utilizes the strategy of swimming a faster second half of a race than the first.

“We want to thank Rick for everything he has done for both our department and the swimming and diving program,” said Arizona Director of Athletics Dave Heeke. “We know this was a tough decision for him, but one he felt he needed to make. His contribution to our program can be seen throughout the record books and his knowledge and aptitude will certainly be missed. Rocket is a true Wildcat. We wish him all the best as he transitions into the next stage of his life and congratulate him on a fabulous career.”

As a swimmer, DeMont was a four-year All-American, spending two years at the University of Washington (1973-75) before finishing his career at the UA (1977-79). DeMont earned eight All-America honors during his two seasons as a Wildcat.

A former world record holder in the 1500m freestyle (1972), the 400m freestyle (1973) and the 4×100 freestyle relay (1977), DeMont collected numerous titles during his swim career, including National, Pan-American, World and Olympic championships. Following his senior year in high school, he was named World Swimmer of the Year. In addition, DeMont became the first man in history to break the four-minute barrier in winning the 1973 400-meter World Championship in Belgrade, Yugoslavia.