The Los Angeles Lakers are becoming more University of Arizona-like.

Former Arizona star Luke Walton, who just finished his first year as head coach with the Lakers, is finalizing a deal to place former UA star Miles Simon on his coaching staff. The Los Angeles Times had the story Thursday afternoon. 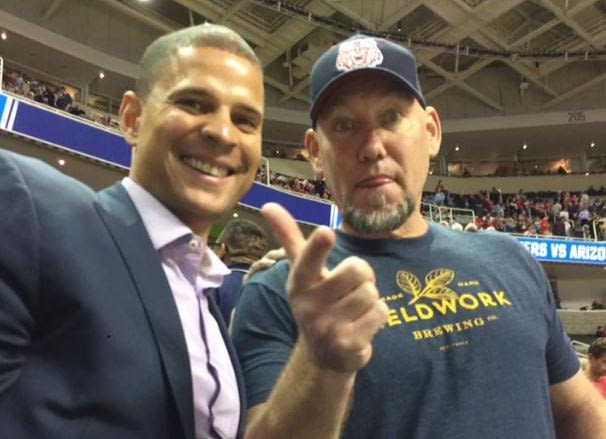 Miles Simon and Tom Tolbert were among the former Arizona Wildcats in attendance. (Photo by Steve Rivera, AllSportsTucson.com)

Simon had been a college basketball analyst for ESPN the last few years. He was also coaching AAU basketball among other things.

His jersey was recently retired at Arizona, nearly 20 years after he was named the most outstanding player of the Final Four in 1997 as he led UA to its only national championship.

Los Angeles now has three assistant coaches from Arizona, the others being former UA player Jud Buechler and Jesse Mermuys, who was a manager at UA.

The Lakers are now like the Warriors in that former UA star Steve Kerr is the head coach and former UA player Bruce Fraser is an assistant.