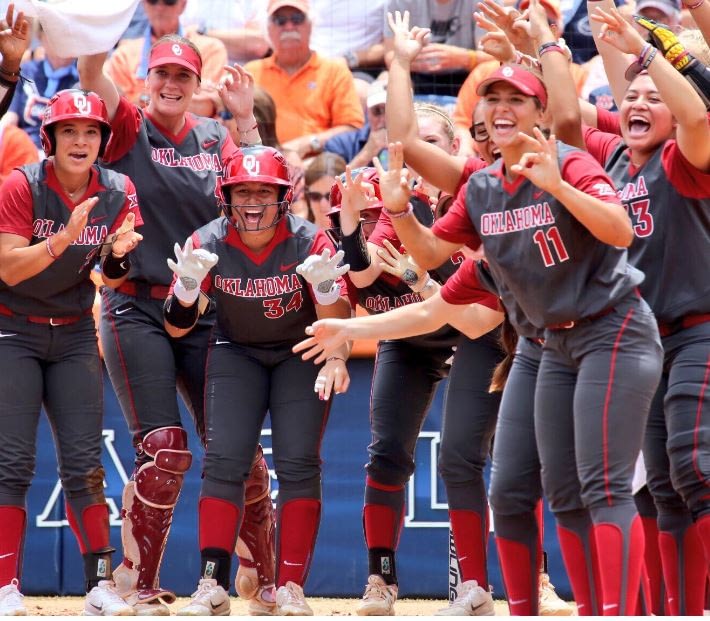 The Sooners beat Auburn 5-2 Saturday to complete a road sweep in the best-of-three Super Regional to advance to Oklahoma City. Oklahoma, seeded 10th in the NCAA tournament, knocked off the seventh-seeded Tigers — just as it did in the championship series last season to win its third national title.

No. 2 overall seed Arizona beat Baylor 3-2 on Friday night and can earn its first trip to the World Series since 2010 with a win tonight at 6 p.m. at Hillenbrand Stadium or Sunday at 4 p.m.

The Sooners placed four players on the 12-player first-team All-Big 12 squad — infielder Shay Knighten (the league Player of the Year), Paige Parker (the Pitcher of the Year), utility Nicole Mendes (Freshman of the Year) and pitcher Paige Lowary.

Oklahoma can also mix in Saturday’s starter, Mariah Lopez, in the circle. Veteran coach Patty Gasso can give hitters lots of different looks, especially with Parker and Lowary being left-handers. Parker struck out 14 in shutting out Auburn in Game 1 of the Super Regionals.

Another Sooner to watch is center fielder Nicole Pendley, who has a team-high 16 home runs, including one Saturday. She is the sister of Shelby Pendley, who played at Arizona as a freshman before transferring to Oklahoma and becoming a three-time All-American.