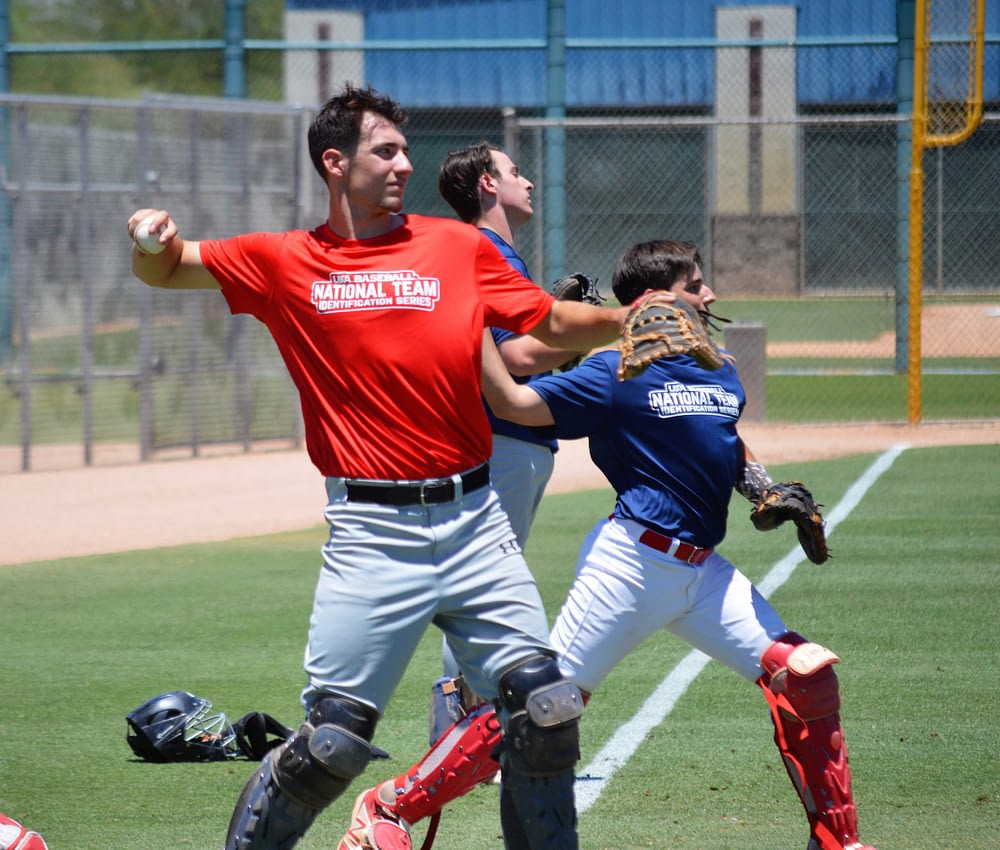 USA Baseball was in town Thursday afternoon to conduct the Southwest Region of the National Team Identification Series (NTIS). The tryout, held at the Kino Sports Complex, was for the 15U, 16U and 17U National Teams.

According to USA Baseball, “These identification tryouts will be a blend of a combine style format and college level practice. Workouts will include a 60-yard run, defensive skills assessment, batting practice, home to 1B times, pop times and arm velocities. Pitchers will perform a 20-25 pitch bullpen as well as pitchers fielding practice (PFP) and other team oriented defensive drills.”

About 20 standouts from the region took part in the tryout which was only the first round of the identification process.

Round two consists of:

“The top 18 15U and top 18 16U players from the various identification tryouts will be selected to represent Team Southwest and advance to the USA Baseball NTIS Tournament at the USA Baseball National Training Complex in Cary, NC on August 17-20, 2017.

The top 10 17U players will also represent Team Southwest and be invited to a 4-day development event at the USA Baseball National Training Complex in Cary, NC on August 24-27, 2017. This event will feature a pro-style instructional format inclusive of game play as well as on field instruction break-out sessions with Team USA coaching staff.”

The players should know sometime in July if they made it to Round 2.