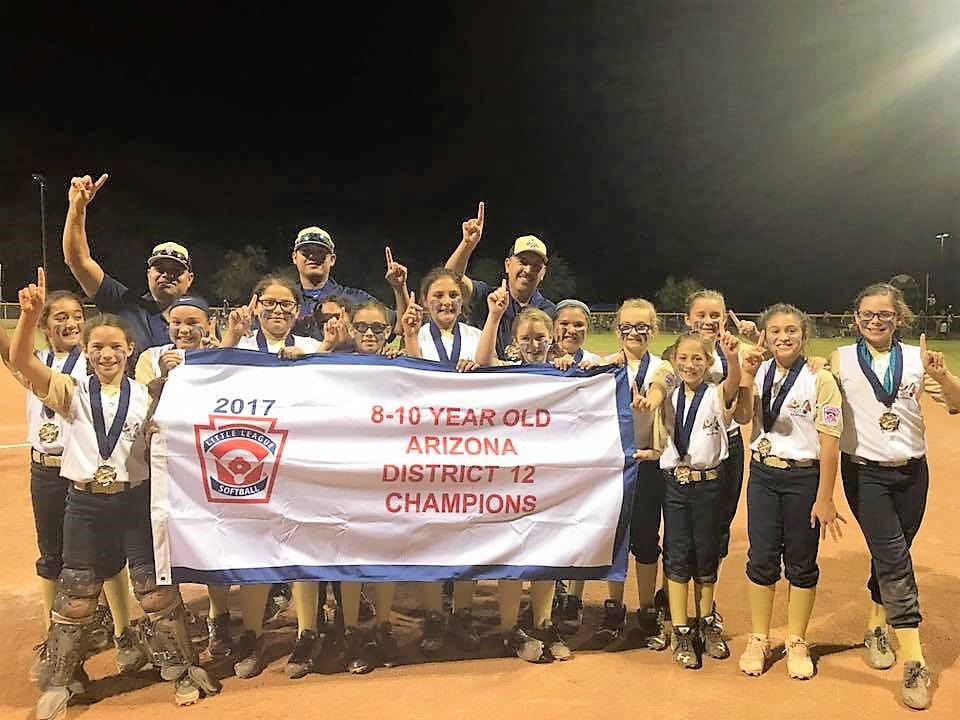 Copper Hills beat Sunnyside 20-7 to win the 8-10 Softball championship held in Sahuarita. Copper Hills went 3-0 in the tournament, outscoring opponents 66-8. The team from Anamax Park advances to the state tournament to be played to be played in Avondale starting Monday, July 10 at 5:30 p.m. If Copper Hills wins that game they will face Nogales on Tuesday at 7:30 p.m.

The District 12 8-10 Baseball tournament starts today at Palo Verde Park and will continue until July 11 with action taking place at both Palo Verde and Freedom Parks.

Junior Baseball starts on Monday in District 12 at Manzanita Park. Five teams will be battling it out in that tournament.