Spartans coach Carlos Dehuelbes indicated that among the standouts for his team this weekend in Las Vegas were Romo, Brown, junior Kyla Stembridge from Tucson and senior Angelica Chavez from Tucson.

Dehuelbes communicated to me that Romo, a 5’1″ guard, was “the girl that played big for us all week.” Romo is a home school student in Sierra Vista who will play for Buena’s varsity team in 2017-18 despite being a freshman.

Brown, 5’11”, has some Arizona hoops lineage in her blood. Her great grandfather, Gene Moore, played basketball for the Wildcats in the 1971-72 season.

The Spartans’ U17 team next plays in the USJN Summer Final West July 27-29 in Los Angeles. 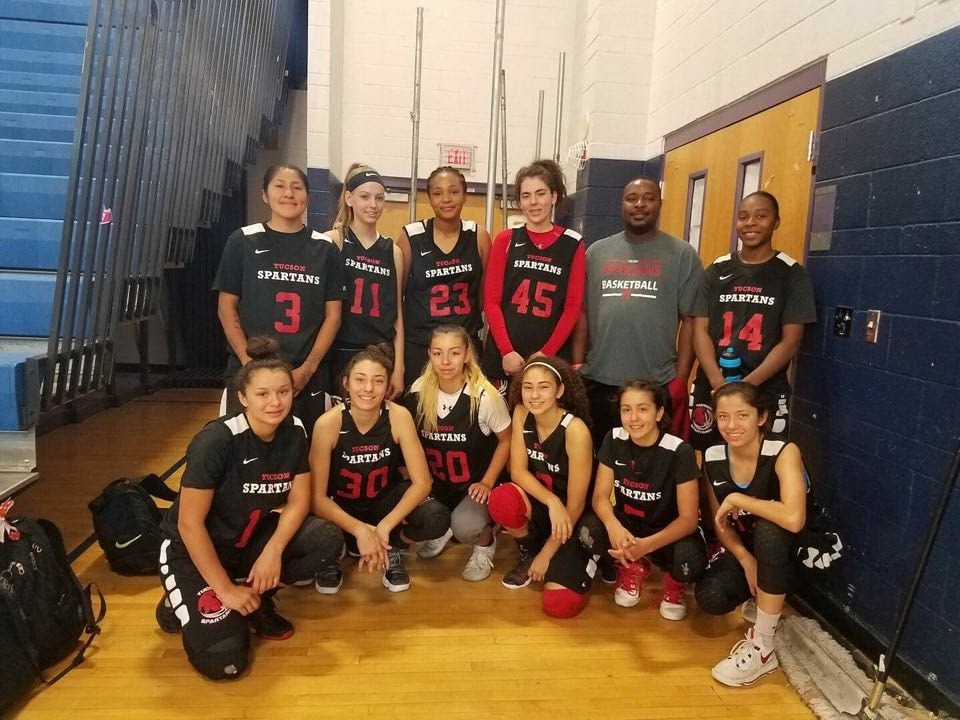