Arizona’s season opener against NAU at Arizona Stadium on Sept. 2 is 49 days away. To go along with the countdown to kickoff, this site will publish the Top 50 games in Wildcat football history. 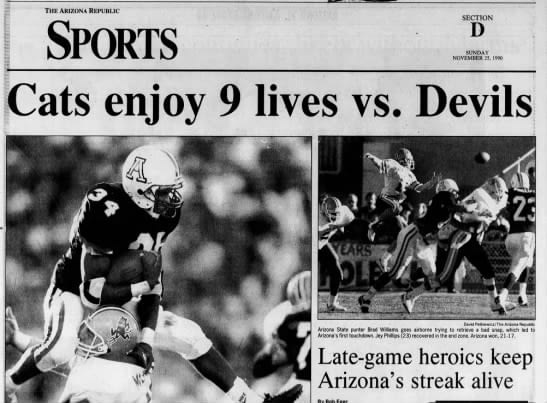 CATCH UP ON THE TOP 50 GAMES IN ARIZONA HISTORY