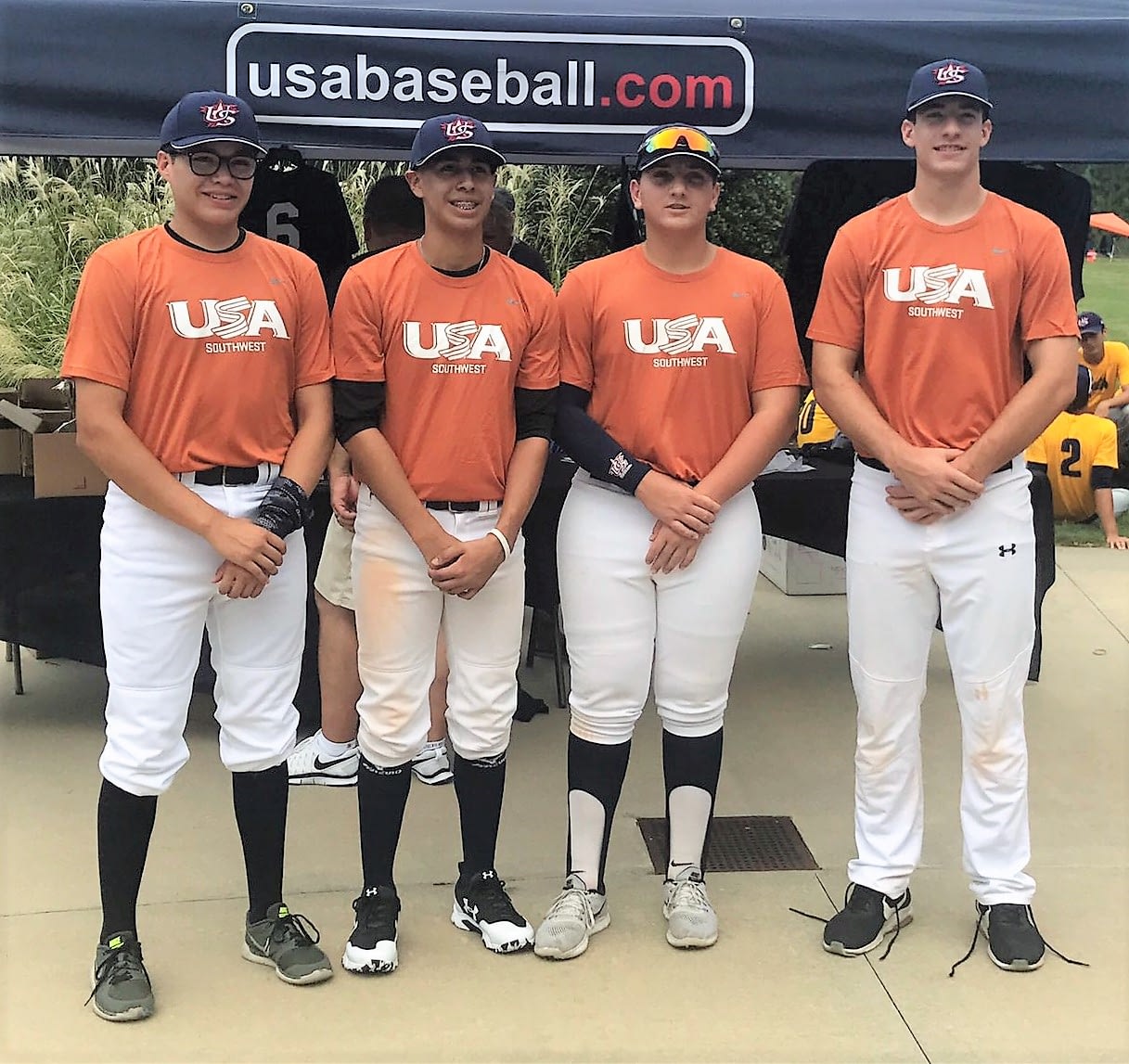 Salpointe freshman Cade McGee went 1-for-3 with three RBIs to help pace the Southwest squad to an 11-6 win over New England in the 15U USA Baseball National Team Identification Series (NTIS) championship game played on Sunday in North Carolina.

McGee also picked up the win after pitching 3.1 innings of relief.

The 16U Southwest team went 2-2, beating New England 5-0 in a consolation game on Sunday.

Salpointe standout Daniel Durazo will be in North Carolina on Wednesday to compete in the 17U NTIS and Mario Bejarano will be taking part in the 14U NTIS.