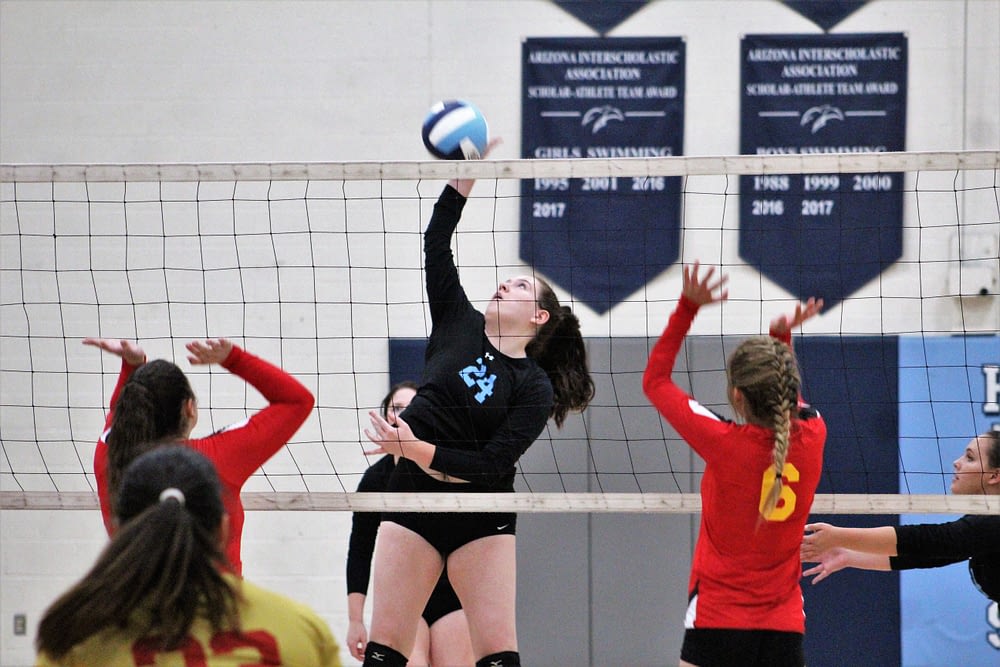 The 2017 Girls’ Volleyball season got underway Monday night with 13 matches throughout the state. Results from Southern Arizona included Nogales over Empire 3-0; Pusch Ridge over Santa Rita 3-0 and Benson over Tanque Verde 3-2.

The Gregory School beat San Miguel 3-0 in the other final from Tucson. The Hawks recorded 15 wins and made it to the 1A quarterfinal round last year under third-year coach Angela Earnhart and the team hopes to be a contender for the South Region championship despite the loss of seniors Natalya Mayhew and Devin Johnston along with Rachel Gonzales…