Tucsonans Brent Strom, Craig Bjornson and Francisco Romero are part of a World Series championship organization for the first time in Houston’s history.

They are celebrating Houston’s 5-1 win over the Los Angeles Dodgers tonight at Dodger Stadium. The win enabled the Astros to beat the Dodgers in the seventh game of the best-of-seven World Series.

Strom, who started his professional coaching career in 1992 with the Tucson Toros, is the Astros’ pitching coach.

Romero, who graduated from Pueblo High School and earned a degree at the University of Arizona, is an Astros’ Spanish radio broadcaster.

It’s the first World Series title experienced by all of them. 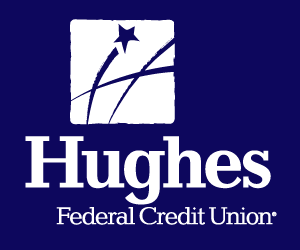 “Great group of guys,” Strom, 69, told KHOU-TV after the game tonight. “I love my pitching staff. … This was a team thing.”

Houston starting pitcher Dallas Keuchel was interviewed by Fox and he had meaningful praise for Strom, who like Bjornson, joined manager A.J. Hinch’s staff for the 2014 season.

Houston's Dallas Keuchel on pitching coach Brent Strom: "He means the world to me." Credited Strom, a Tucsonan, for "redirecting my career."

When Strom and Bjornson started working with the Astros’ pitchers, Houston was coming off a 57-105 season. The team ERA was 4.79.

Houston’s team ERA this season was 4.12 and the Astros finished 101-61 in the regular season.

“I have to give credit personally to Brent Strom,” Keuchel told Fox. “He redirected my career. I wouldn’t be here without him. I told him that. From the first of the 2014 season until this last pitch here, I said, ‘I owe you everything.’

“I want to personally thank him on air. He means the world to me.”

Little-known fact about Strom, who runs the Strom Baseball Institute in Tucson: He wears some very interesting socks.