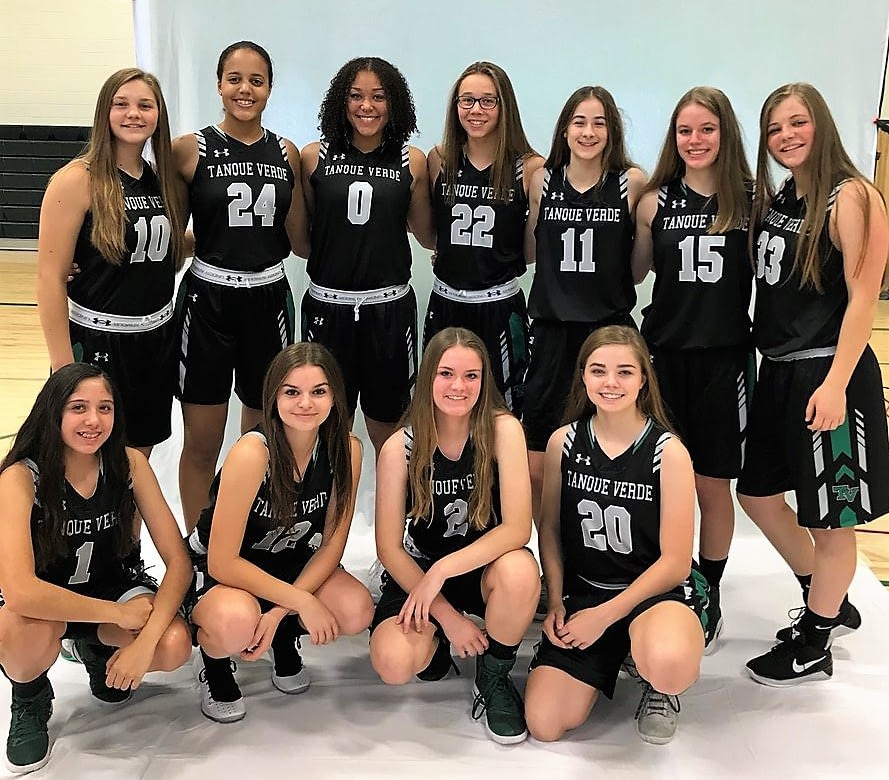 Kiya Dorroh (24) & her Tanque Verde teammates are expected to compete for a 3A state championship. (Courtesy Photo)

We’ve been watching Kiya Dorroh (6-1) for a couple of years now and the rest of the city – and the state – is starting to see what we knew way back when.

The Tanque Verde freshman has offers from Arizona, ASU, Washington, Washington State and USC (to name a few) and she will be a major part of a team expected to challenge for the 3A state championship this winter.

In short, Dorroh is the most highly-recruited basketball player (boy or girl) to ever play in Tucson – and she has yet to take the court officially.