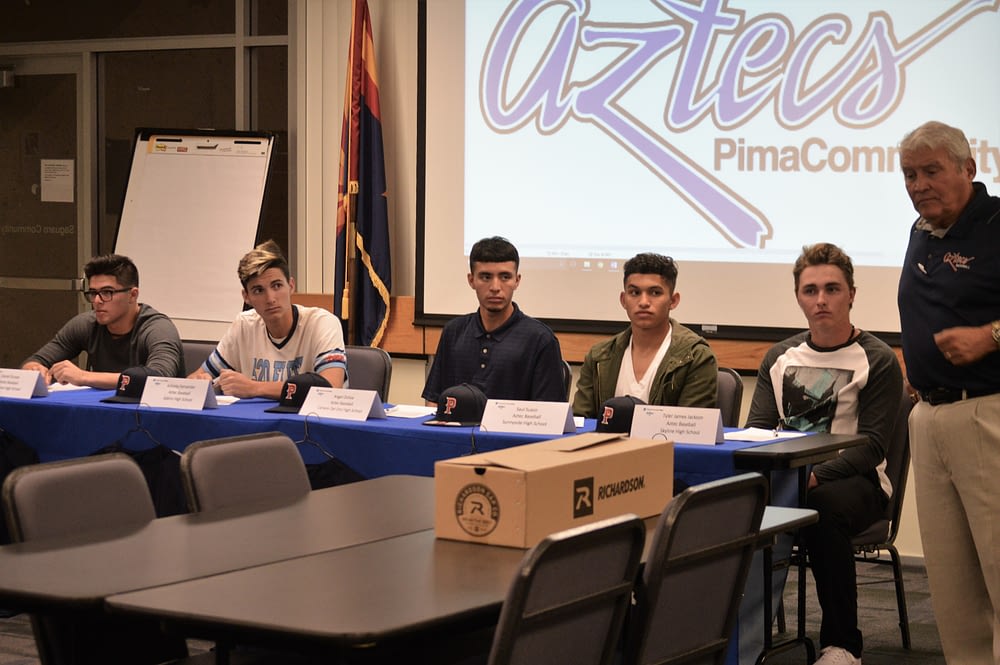 Four local standouts and another from Mesa signed on to play for Pima Baseball on Tuesday night at a ceremony held at the West Campus:

Antonio Fernandez, Sabino: played with Durazo at Salpointe last year and is now a catcher at Sabino.

Angel Ochoa, Canyon del Oro: plays multiple positions and was a Southern Arizona selection due to his versatility.