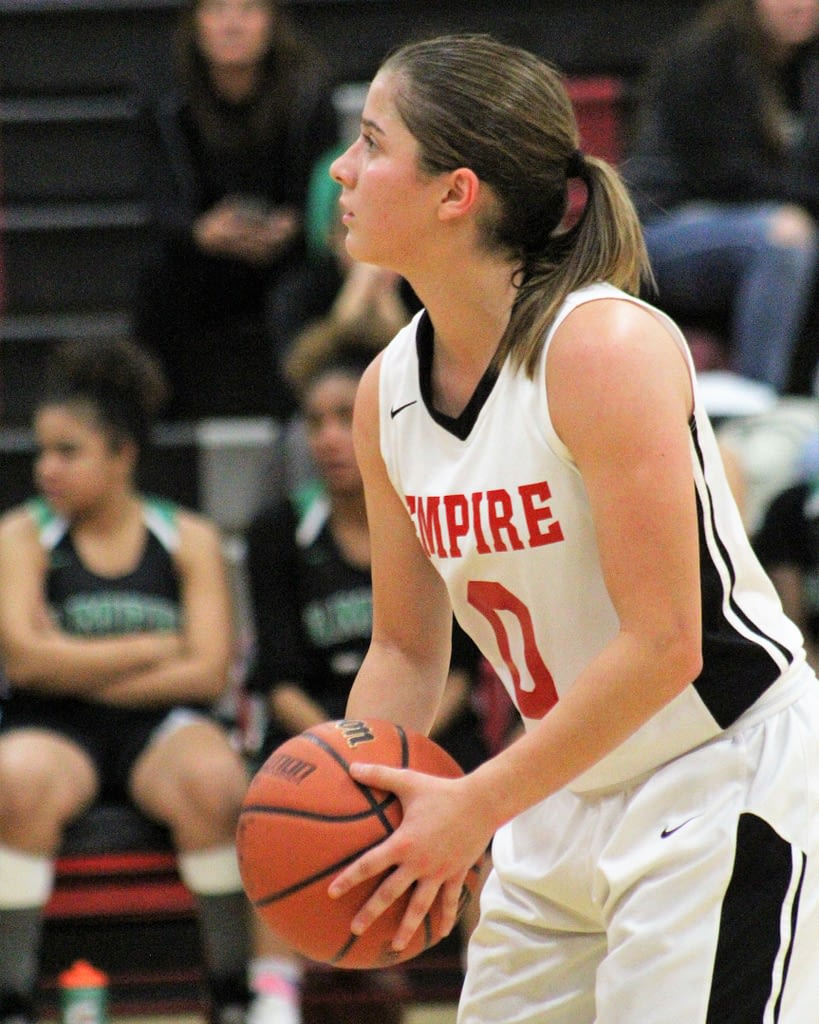 Emily Shreves scored 26 points to lead Empire past Amphitheater 74-39 late Wednesday night in what amounted to a normal game for the junior guard except this one put her over 1,000 career points – 1,023 to be exact.

Shreves became the first player in Empire history to pass the 1,000-point mark and she has a good shot at breaking 2,000 career points by the time she is done. At her rate of almost 19 points a game, it is conceivable she could end her junior year near or at 1,500 career points. The trick, however, will be her senior year when the Ravens are bumped from the 3A Conference to the 5A Conference….