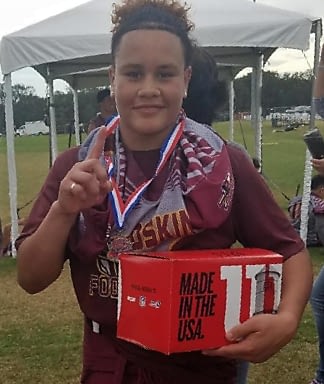 Tucson Redskins standout Michael Delgado was named MVP at the AYF 13U National Championship Game held on Friday, Dec. 8 in Florida. The Redskins lost the championship to the Maryland Bucs 25-14, but Delgado impressed the coaches due to his sportsmanship and perseverance.

Delgado scored on a 40-yard run in the championship.