Brewton, Ala., is only about 11.5 square miles with an estimated population of 5,400, but two of its native sons have made it big in Tucson.

Fred Snowden was hired by Arizona in 1972 as the first African-American men’s basketball coach to lead a major-college program. 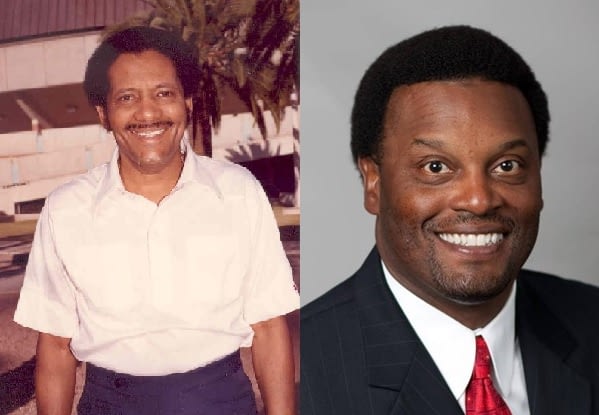 Arizona great Ricky Hunley, a College Football Hall of Famer, made note of that with this tweet:

Sumlin was born in 1964, 28 years after the late Snowden, who passed away in 1994. They never lived in Brewton at the same time. Brewton is located near the Florida panhandle, about 83 miles to Mobile, Ala., and 58 miles to Pensacola, Fla.

Snowden, the son of a sharecropper and educator, left Brewton at age 6 when his mother and two brothers moved to Detroit. His father remained in Brewton.

Stacey Snowden, Fred’s daughter, told me her father and Sumlin’s late father, William, went to Brewton during the summer to visit family and friends. She also communicated to me that Sumlin’s father and one of her late cousins, Lifus Johnson, were roommates at Kentucky State, where they played football together.

Map of where Brewton, Ala., is located.

William Sumlin and Lifus Johnson went on to coach at the high school level. William took Kevin and his family to Indianapolis when he earned his master’s degree in physical education in 1968 at Indiana University. Kevin was only four at the time. The Sumlins remained in Indianapolis. William, who passed away at age 80 two years ago, coached football and wrestling. Kevin would eventually walk-on as a linebacker at Purdue in 1983.

The Snowden and Sumlin grandmothers were also good friends.

“I hope (Kevin) and his family are happy in Tucson,” Stacey mentioned. “I don’t know Kevin, but I’ve heard nothing but wonderful things about him and his family for many years.”

She added, “Everyone from Brewton is very proud of the stars that have come from there. Two black head coaches, at Arizona, no less.”

“All that magic from little Brewton,” Stacey mentioned. “I’ve been to Brewton. It was something like out of a movie to me because it is so small.”

Snowden coached the Wildcats to the Elite Eight in 1976, the same year they won the Western Athletic Conference title. He was the WAC Coach of the Year in his first season of 1972-73, coinciding with the christening of McKale Center.

After his coaching career, Snowden remained in the athletic department before his employment by Baskin-Robbins in Los Angeles as vice president overseeing the company’s franchise expansion program. He later became the executive director of the Food 4 Less foundation before suffering a heart attack that took his life in 1994 while he was in Washington, D.C., to attend a White House ceremony.

When asked what her dad would think about Sumlin’s hire by Arizona, Stacey mentioned, “I think my dad would be thrilled and enormously proud. He helped pave the way for black coaches today.”