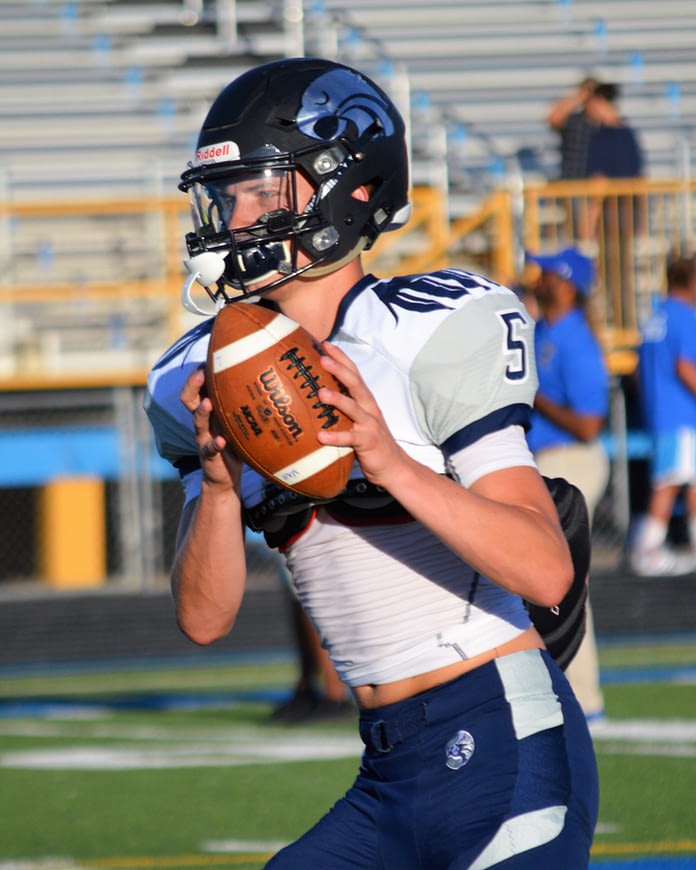 At 6-foot-4 and 280 pounds, former Scottsdale Saguaro lineman Vince Beemiller went on to star for NAU from 1984-88 and, now, some 30 years later, there will be another Beemiller playing for the Lumberjacks.

Ironwood Ridge QB Heath Beemiller (6-4, 180) announced his commitment to the Lumberjacks on Saturday. Beemiller threw for 1,678 yards last year to help lead the Nighthawks to an 8-4 season.

“Bittersweet end to an era,” his mother Lisa Beemiller said. “He is the youngest of three brothers to play in high school then college. So proud of his hard work in class and on the field, to shine on his own, and to see this recognized!”

His brother Harrison Beemiller started out at Hamilton but finished at Ironwood Ridge due to his father’s work-related relocation to the Tucson area. Harrison graduated in 2015 before moving on to play DB for the South Dakota School of Mines.

Holden Beemiller graduated from Hamilton in 2013 and then went on to play for Newberry College as a wide receiver.

“To see the support his brothers rally for him is my parenting ‘moment.’ We’ve gone back and forth across the country to watch our other two sons, and loved every minute of it, but to have him in-state is a comfort,” his mother added.

Then there is playing where his dad played, and I can’t even tell you the chills we got when Vince went to show him where his old locker was, only to find the No. 5 jersey hanging there! I see people throw the word ‘blessed’ around so casually, but it’s the best adjective to describe the depth of emotions.”

His father, as expected, is very excited by the news and he posted his reaction upon hearing the news:

“I am one proud dad! I know all my Lumberjack brothers will be there to support him!”